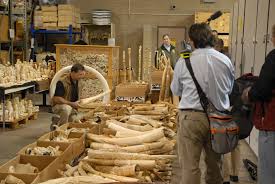 Wayne Lotter, 51 was the director and co-founder of the PAMS Foundation, a Tanzania-based NGO that supports wildlife conservation efforts and helps hamper the elephant poaching crisis in Africa.

While he was heading from the airport to the hotel, two men stopped his taxi and shot him dead.

Tanzanian police has launched an investigation into his death. Lotter had received numerous death threats since he pioneered intelligence-led anti-poaching efforts that had helped authorities arrest more than a thousand people and dismantle several large-scale trafficking syndicates over the past two years.

“Wayne was one of Africa’s leading and most committed conservationists … and can be credited as the driving force behind ending the unscrupulous slaughter of Tanzania’s elephants,” said Azzedine Downes, CEO of the International Fund for Animal Welfare (IFAW).

In a previous interview, Lotter said the unit had helped shrink poaching rates in Tanzania by at least 50%.

NTSCIU was in particular responsible for the arrest of Yang Feng Glan, a Chinese criminal also dubbed “Queen of Ivory.” She allegedly ran a large-scale smuggling network that stretched form East Africa to Asian markets and is believed to be linked to the smuggling and trading of 706 elephant tusks worth US$ 2.5 million.

The illegal wildlife trade is the fourth most lucrative criminal trade and estimated to be worth at least US$ 19 billion per year, according to the PAMS Foundation.