Iranian parliament has voted on Sunday to increase the amount of drugs for which judges can hand down death penalties, sparing the lives of thousands of prisoners on death row, media reported. 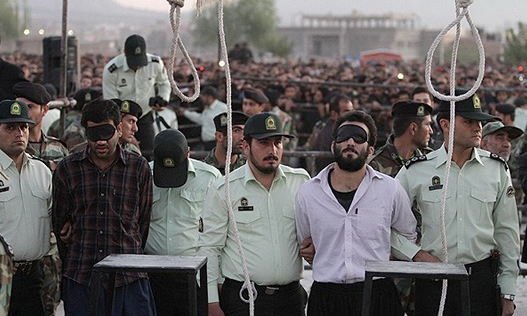 The new bill has to be approved by the conservative Guardian Council and signed into law by the President.

It raises the amount of drugs above which capital punishment can be used from 30 grams to two kilogram for drugs like heroin, cocaine and amphetamines.

For natural substances, such as opium and marijuana, the death penalty bar has been raised from five kilograms to 50.

The amendment is supposed to be applied retroactively and could save the life of many of the 5,300 inmates currently on death row for drug violations.

Crimes that fall under the new thresholds would be punishable by up to 30 years in prison.

Iranian judges can still resort to the death penalty, no matter which amount of drugs is involved, for leaders of drug gangs, people who carry firearms or exploit minors while committing drug-related crimes as well as repeated offenders.

Human rights groups have long called for the end of death penalty in Iran, which was ranked as one of the top five countries for executions in 2016.

Hassan Norouzi, the spokesman of parliament's judicial and legal committee, said the costs for Iran's war on drugs have almost doubled since 2010.