The indictments are the result of a two-year-long investigation known as Case 242, and have been described by the Justice Ministry as just "the first round" of expected charges, according to The Times of Israel. 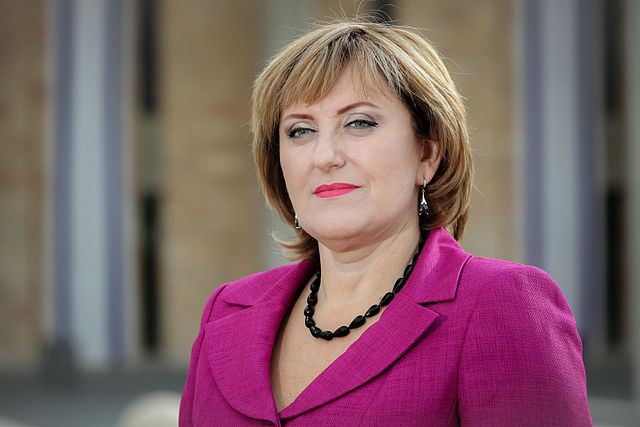 "This is one of the biggest public corruption investigations that have been uncovered in Israel, from the point of view of both the complexity and sophistication of the method, and the breadth of the activities and the number of people involved," the Justice Ministry said.

The most senior official indicted is Yisrael Beytenu’s former director general and former Deputy Interior Minister Faina Kirshenbaum, who is accused of embezzling funds estimated at millions of dollars. She was charged with multiple counts of bribery, breach of trust, fraud, money laundering and tax evasion.

Kirshenbaum allegedly took advantage of her control of state budgets between 2006 and 2014 in order to repeatedly demand and accept bribes from public institutions, organizations and private individuals, Ynetnews reported.

The illicitly-paid funds benefited Kirshenbaum and her family, the Yisrael Beytenu party and its close associates. In exchange for bribes, Kirshenbaum would allegedly distribute government grants and funding to the entities or individuals paying her.

According to The Jerusalem Post, cash bribes paid to the former deputy minister were found hidden in boxes of dates and packages of Dead Sea skin products.

Kirshenbaum’s main accomplice in graft was David Godovsky, Yisrael Beytenu’s former chief of staff, according to one of the indictments filed Tuesday. Godovsky is charged with bribery, money laundering, conspiracy to commit a crime, extortion and tax offenses.

Several individuals on the other side of Yisrael Beytenu’s corrupt transactions also saw indictments filed against them in the Tel Aviv District Court for paying bribes to Kirshenbaum.

The leaders of the Ezra World Movement, the Jewish youth organization that provides Birthright trips, and the Ayalim Association, which encourages young Jews to settle in Israel’s southern Negev and northern Galilee regions, were both charged with bribery and money laundering.

The bribes Kirshenbaum demanded from these and other organizations and municipalities took various forms, Ynetnews reported.

The money was often received as a portion of state funding that Kirshenbaum directed to the payee. In other cases, she was paid in cash up front, or in kind via the purchase of flight tickets, computers or other electronics for her family, in free services provided to the Yisrael Beytenu party, or with the employment of a close associate of the party or Kirshenbaum personally.

These acts show that Kirshenbaum "acted willfully and intentionally, at times with great sophistication, in order to carry out a series of crimes," the indictment against her alleged, according to The Times of Israel.

Yisrael Beytenu is currently led by Israel’s Defense Minister Avigdor Liberman, a controversial figure who has been implicated in several prior corruption investigations but was acquitted of the last charges against him in 2013.

Multiple Israeli media reports said that more charges in Case 242 are expected in the coming weeks.