Lithuanian authorities said Wednesday they had seized one of the biggest drug shipments in the country‘s history.

More than 600 kilos of cocaine, estimated to be worth some €49 million (US$ 58 million), were hidden in a shipment of molds for manufacturing plastic objects. 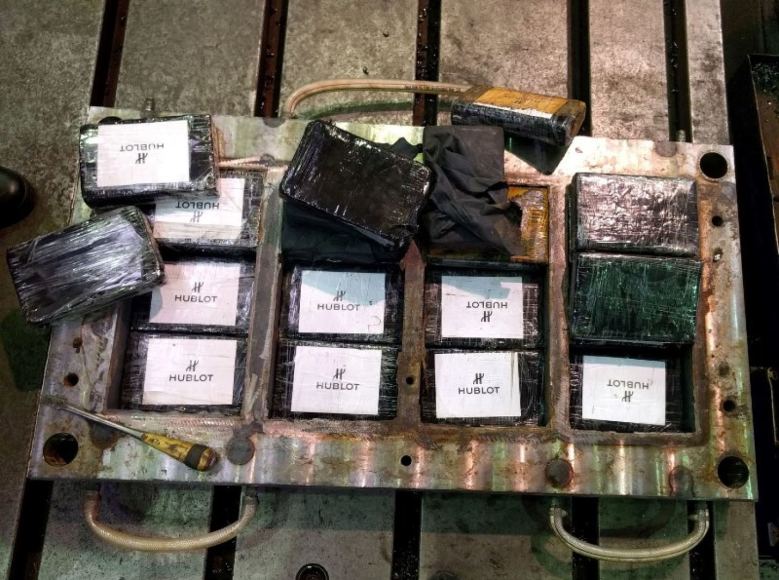 Some of the 600 kilos of cocaine seized by Lithuanian authorities (Photo: Lithuanian Customs Department).

According to an official statement by Lithuanian Customs, the shipment arrived in April at the port of Klaipeda from Ecuador.

The receiver was a Lithuanian company owned by a Russian citizen, but authorities believe the drugs were not meant for the Russian black market.

"I think the shipment was bound for the EU market," Klaipeda‘s Chief Prosecutor Simonas Minkevicius said at a press conference on Wednesday.

"Some of it might or might not have stayed in Lithuania. Most likely, it was not bound for Russia, since there are easier ways of doing it, rather than going through EU member states," he speculated.

The construction used to conceal the cocaine was so rigid that officers had to hire a company with tools for disassembling the construction. Authorities did not disclose the name of the company that ordered the shipment or its Russian owner.