A Sinaloa cartel boss was arraigned in federal court on Monday on a drug smuggling indictment after he self-surrendered at the end of July at the border to Mexico. 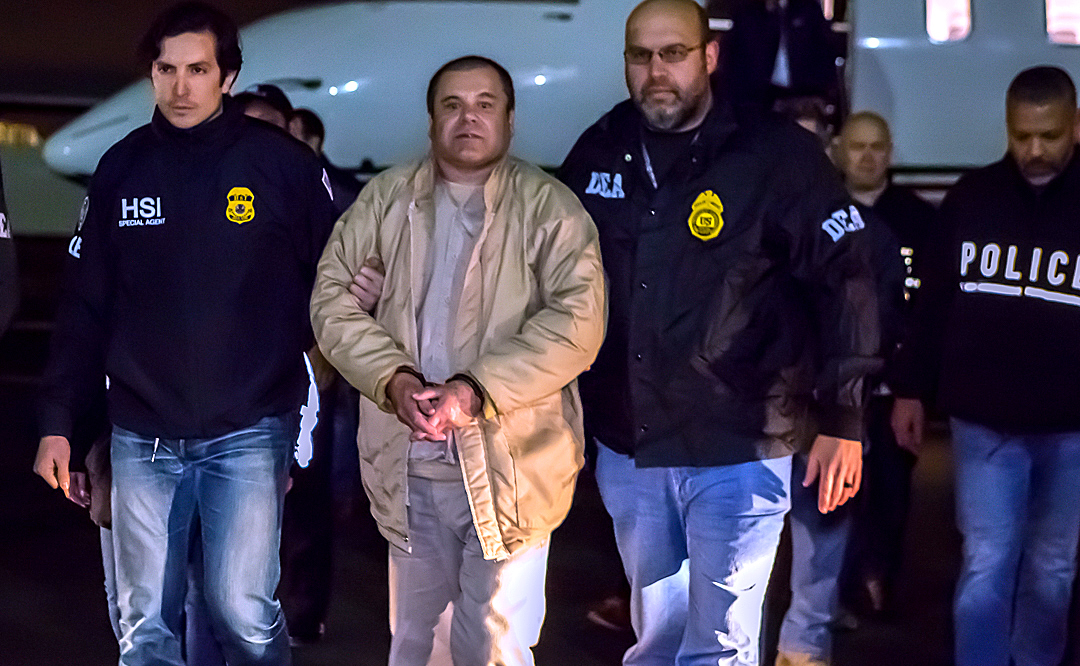 "El Chapo" extradited from Mexico in 2017 (Photo: Ted Psahos, CC BY-SA 2.0)Dámaso López-Serrano, 29, is believed to be the highest-ranking Mexican cartel leader ever to self-surrender in the United States, the Justice Department said in a statement.

The same day he appeared in court, authorities unsealed drug smuggling indictments in Virginia against him and his father - Dámaso López Núñez, who was arrested in Mexico in May. The US is in the process of seeking his extradition.

López Núñez, nicknamed “El Licenciado” or the graduate, is believed to have been one of Joaquin “El Chapo” Guzman’s top aides.

Guzman was arrested last year and extradited to the US where he is facing drug charges. Since his arrest, López Núñez was battling against Guzman’s sons for control over the cartel until Mexican authorities arrested him too.

Now his own son voluntarily surrendered to US authorities.

López-Serrano, known as “Mini Lic,”was indicted in August 2016 with five of his close associates, for distributing and importing methamphetamine, cocaine and heroin as well as laundering money.

He pleaded not guilty on all charges. His father faces similar charges in Virginia.

According to David Shirk, an associate political science professor at University of San Diego, “the fact that a member of this organization is surrendering to U.S. authorities shows that something is going on and that something may be going wrong for the Sinaloa cartel.”

The investigation into the Sinaloa Cartel was launched in late 2011 when authorities realized that what they believed to be a small-scale drug distribution in National City and Chula Vista was just part of a broader and transnational drug trafficking.