Lee Jae-yong, the de facto head of Samsung, denied during his trial on Wednesday allegations that he bribed South Korea’s impeached ex-President Park Gue-hye to keep control of his business empire. 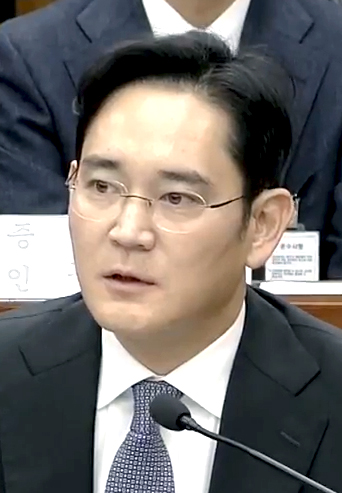 Lee Jae-yong (Photo: KBS, CC BY 3.0)Taking the witness stand for the first time, Lee claimed to have been oblivious to the bribery scheme at the center of the scandal and said that he had only spoken to Park for less than five minutes in a 2014 meeting, Fortune reported.

Lee is accused of paying Park and her confidante, Choi Soon-sil, US$ 38 million in bribes to secure a merger between two Samsung subsidiaries - Samsung C&T and Cheil Industries - that would strengthen his grip as head of the conglomerate, according to the New York Times.

The merger, which investors opposed, was only approved after gaining the backing of the National Pension Service. It also made Lee the biggest shareholder in the newly combined entity.

On top of his role as vice chairman of Samsung Electronics, he has been the de facto leader of Samsung since 2014 when his father suffered a heart attack.

On Wednesday, Lee claimed ignorance and said that the merger was carried out by executives from the now disbanded Future Strategies Office, Samsung’s core governing body.

"Ninety-five percent of my job was about Samsung Electronics and its affiliates," he said, according to Korea JoongAng Daily.

"I was told everything was going well so I thought it was. I’m still not familiar with details. And I’ve been catching up a lot through this trial," he said, according to Fortune.

Among the alleged bribes is a US$ 800,000 horse and financial support for equestrian training that Samsung provided for Ms. Choi’s daughter, Chung Yoo-ra.

In court Lee said that he was never a close watcher of the company’s equestrian sports funding and that he "didn’t know who Chung Yoo-ra was", according to the New York Times.

Before Lee took the stand, former vice chairman of the Samsung group and head of the Future Strategies Office Choi Gee-sung testified that he intentionally kept the donations to Ms. Choi and her daughter a secret from Lee to protect him from possible repercussions.

"The president demanded supports for the equestrian community, but she didn’t specifically ask to support Chung," Mr. Choi said, according to Korea JoongAng Daily.

"Choi Soon-sil appeared to have run a scheme from behind, but we could not confirm it. I thought it was not appropriate to inform Lee about a possible rumor," he said.

He said he only became aware of Samsung’s decision to support Chung’s expensive training when the media began reporting on the scandal.

"If the athletes were selected transparently, there would have been no problem. But we were asked to include Chung, so I thought this could be an issue," he said. "When I reported to [Lee] about the issue, he looked puzzled. He didn’t say anything special."

She is currently on trial herself on 18 charges including coercion, abuse of power and bribery through Choi. She is accused of letting Choi – who has no title or security clearance - handle state affairs like senior nominations and daily wardrobe choices, according to the Straits Times.

Park denies all wrongdoing and claims Choi abused their friendship.