The former president of Malawi vowed on Tuesday to return to the southeastern African country in order to face corruption charges, which she denies.

A police spokesman confirmed the issuance of an arrest warrant for former President Joyce Banda on Monday, Reuters reported. 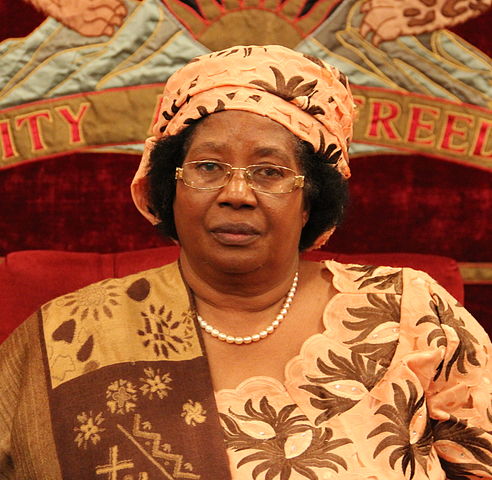 Banda, who was Malawi’s first female president, is accused of committing abuse of office and money laundering offenses over the course of her two years in office from 2012 to 2014.

Banda left Malawi in 2014 after losing the last presidential election to current President Peter Mutharika. Today, she is a distinguished fellow at the Woodrow Wilson Center and the Center for Global Development in Washington, D.C.

"I will be coming back because I never did anything wrong and I am innocent," Banda told Reuters after flying from the US to South Africa, where she is doing charity work.

The charges against Banda stem from a corruption scandal known as "cashgate," which was uncovered during her tenure.

Cashgate is the biggest financial scandal in Malawi’s history, according to the BBC, and a scheme in which government officials allegedly siphoned up to US$ 250 million from state funds.

Banda ordered an independent audit of the corruption allegations while she was still in office, and the report conducted by the British accountancy firm Baker Tilly did not connect her to the theft of any public funds, according to The Economist.

But the pace of theft did accelerate while she was president. Almost 1 percent of Malawi’s annual GDP, about US$ 32 million, was stolen in just six months between April and September 2013.

The funds were siphoned through a manipulation of a government software system. In a typical cashgate transaction, hackers issued a check to a company used solely for money laundering for goods or services that were never provided.

More than 70 government officials, civil servants and businesspeople have been convicted in the embezzlement scheme since its discovery, according to Al Jazeera.

And for that, Reuters reported that Banda takes credit:

"I am the only President who got to the bottom of corruption and instituted the first-ever commission of inquiry into corruption," she said.

Announcing the procurement of Banda’s arrest warrant, a police public relations officer said that evidence gathered "raises reasonable suspicion" that she committed offenses for which she is now charged.

Andekuche Chanthunya, Banda’s spokesperson, said that she has not yet received the warrant but will present herself in Malawi once she does, according to Capital Radio Malawi.