US bank Wells Fargo & Co has been accused in a new lawsuit of racketeering and fraud after the company admitted to charging an estimated 570,000 customers millions in auto insurance they neither asked for nor needed, media reported Monday. 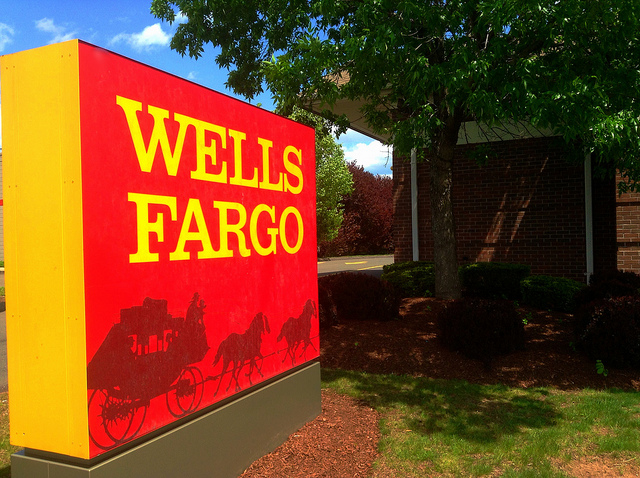 Wells Fargo owns US$ 1.9 trillion in assets (Photo: Mike Mozart CC BY 2.0)The multi-million-dollar scam, which involved signing customers up to insurance without their consent or knowledge, pushed almost 250,000 people into financial delinquency and resulted in the repossession of nearly 25,000 vehicles, according to Bloomberg.

Last week, Wells Fargo – the third largest bank in the US – promised to refund US$ 80 million to customers who were wrongly charged between 2012 and 2017 "as an expression of our regret".

The announcement, however, came less than three hours after The New York Times published a report detailing the improper charges, Reuters reported.

Sunday’s lawsuit, filed by Indianapolis marketing consultant Paul Hancock, argues that the refunds offered to customers are not enough.

"Wells Fargo has long lost the right to decide what is best for its customers," lawyer Roland Tellis told Reuters. "Refunds don’t address the fraud or inflated premiums, the delinquency charges, and the late fees."

Hancock claims that the bank charged him US$ 597 for insurance, despite him having repeatedly informed the bank that he was already covered by another firm. When the unwanted policy took effect, the bank imposed a late fee.

According to the New York Times report, the information of customers who financed cars with Wells Fargo would be passed to National General Insurance, who in turn were supposed to verify whether the owner already had insurance coverage.

The lawsuit, however, accuses the two companies of either failing to do so or ignoring the information, with Wells Fargo receiving kickbacks from National General for doing so, according to Bloomberg.

Instead, the bank would create fresh insurance policies for the customers, as well as adding premium charges and interests to their loans, often without notifying them.

Insurance policies can cost over US$ 1,000 annually, before interest. The bank could then charge customers whose cars were repossessed with a reinstatement fee as high as US$ 500.

"The revelation of this latest breach of customer trust appears to fit right into the Wells Fargo playbook of dirty deeds, and sadly comes as no surprise," said Tellis, according to Bloomberg.

This is the latest in a string of scandals to hit the bank.

Last September, it was fined US$ 185 million for opening up some 2.1 million checking and credit-card accounts without customers’ permission. The scandal cost its former Chief Executive John Stumpf his job.

Wells Fargo admitted that pressures on employees to meet sales targets had led them to turn to fraud, who would then fake signatures and pin numbers belonging to unwitting customers, according to the Financial Times.

This July, the bank was then forced to give a whistleblower her job back and give her US$ 577,500 in back pay and damages, after it fired her in 2011 for reporting the scheme, CNN reported.

Wells Fargo, which has assets of US$ 1.9 trillion, has been struggling since the scandal and "collapsing" over 50 regional offices into a smaller number of centres, the Financial Times reported.

"It is very surprising that Wells Fargo has not changed the opaqueness in its disclosure and only disclosed this late on Thursday night when it realized a news story was about to break," said JPMorgan analyst Vivek Juneja, according to CNBC.

"This raises the question about what other changes Wells Fargo needs in its culture. There has been no change to the Board despite all the scandals, which has been frustrating some shareholders," he added.