A suspended UN diplomat has testified in a US court that a Chinese billionaire paid him up to US$ 50,000 monthly in return for help securing a contract to build a UN conference center, media reported Friday. 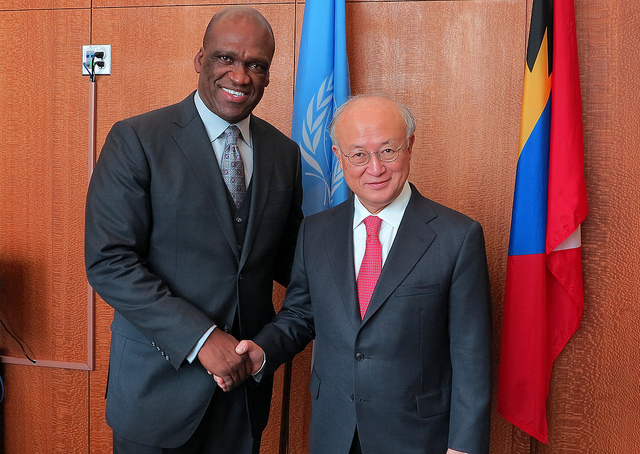 Between 2010 and 2015, Ng paid the two UN officials approximately US$ 2 million in bribes. In return, they secured approval for the multibillion-dollar construction of a conference center in Ng’s native Macau intended to benefit developing countries, Reuters reported.

Lorenzo testified, however, that Ng planned to build the center in order to boost the value of a related complex of apartments, offices, a casino and hotel, which he also intended to develop, according to Bloomberg.

The Chinese gambling enclave of Macau is notorious for its use by corrupt officials looking to embezzle money.

Lorenzo reportedly explained how, within months of first meeting Ng in 2009, the billionaire agreed to supplement Lorenzo’s US$ 72,000 UN salary with a monthly payment of US$ 20,000 to serve as president of Ng’s new media outlet South-South News.

When asked by prosecutors, he confirmed that he had no experience at all in media or news reporting.

Later, Ng reportedly began paying him an additional US$ 30,000 per month to push through UN approval for the center’s construction. After it was approved, the billionaire then bought a US$ 3.2 million apartment in Manhattan for Lorenzo to live in.

Lorenzo also admitted to laundering the proceeds through bank accounts in the names of his siblings in the Dominican Republic to avoid paying US taxes.

When asked why he never referred to this money as bribes in meetings with prosecutors, he replied "I wasn’t familiar with the term," ABC News reported.

At Ashe’s request, Lorenzo said he also helped to arrange a US$ 2,500 per-month no-show job at South-South News for Ashe’s wife, Anilla Cherian.

On Friday, the news agency’s accountant Jianqing "Wendy" Zhu told the court that Cherian’s job description was "wife of the President of the UN General Assembly" and that in five years she never once saw her come into the office, Law360 reported.

According to Lorenzo, Ashe asked the billionaire to fund a family trip to New Orleans, to pay for the construction of a basketball court at his home and, in 2014, for a contribution of US$ 200,000 to his presidency.

When Ashe solicited another US$ 20,000 contribution to fund a UN reception, Lorenzo admitted to passing only US$ 16,000 to Ashe and, keeping the rest for himself.

Lorenzo, who pleaded guilty, faces up to 78 years in prison.

He and six other defendants were charged last year before the center could be built. Ashe was charged but died in June 2016 after dropping a barbell on his neck at home, Reuters reported.

Prosecutors argue that South-South News is merely a front for Ng’s bribery scheme.

According to Zhu, the billionaire pumped millions through the outfit to pay bribes, Law360 reported.

She reportedly added that both Lorenzo and another defendant had at times asked her to pay them in cash from South-South News’ accounts.