The speaker of Indonesia’s House of Representatives was named on Monday as a suspect in a multi-million dollar embezzlement case that siphoned funds from the country’s national electronic identity card program.

The Corruption Eradication Commission (KPK) announced at a press conference that Speaker Setya Novanto would be investigated as part of a graft case that reportedly cost the country Rp 2.3 trillion (US$ 172.8 million), The Jakarta Post reported. 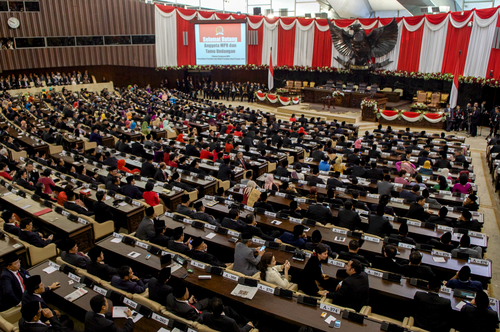 Novanto is the fifth person to be named as a suspect in the e-ID case, following two senior Home Ministry officials, another member of the House of Representatives and a prominent businessman.

But the KPK suspects that a network of about 80 people – primarily lawmakers cooperating with companies – were involved in a scheme to steal more than a third of the funds dedicated for the 2011-2012 launch of the e-ID system, according to The Associated Press.

Speaker Novanto has denied the allegations that he was involved in the plot.

"That amount of money is huge. How was it transferred? How did I take it?" he said, The Sydney Morning Herald reported.

"I beg of you, don't continue with this injustice. I have tried along with other members of parliament to serve my country to the best of my ability."

Novanto was previously accused of extorting US$ 1.8 billion in shares from a subsidiary of the US mining company Freeport-McMoRan, one of the largest copper producers in the world, in exchange for extending its contract at a copper and gold mine in Papua.

He denied the charges, was cleared by the parliament’s ethics panel, and reelected as speaker in November 2016.