The EU proposed new rules Thursday intended to curb the illegal import of archaeological objects that terrorist groups such as ISIS use to fund their activities. 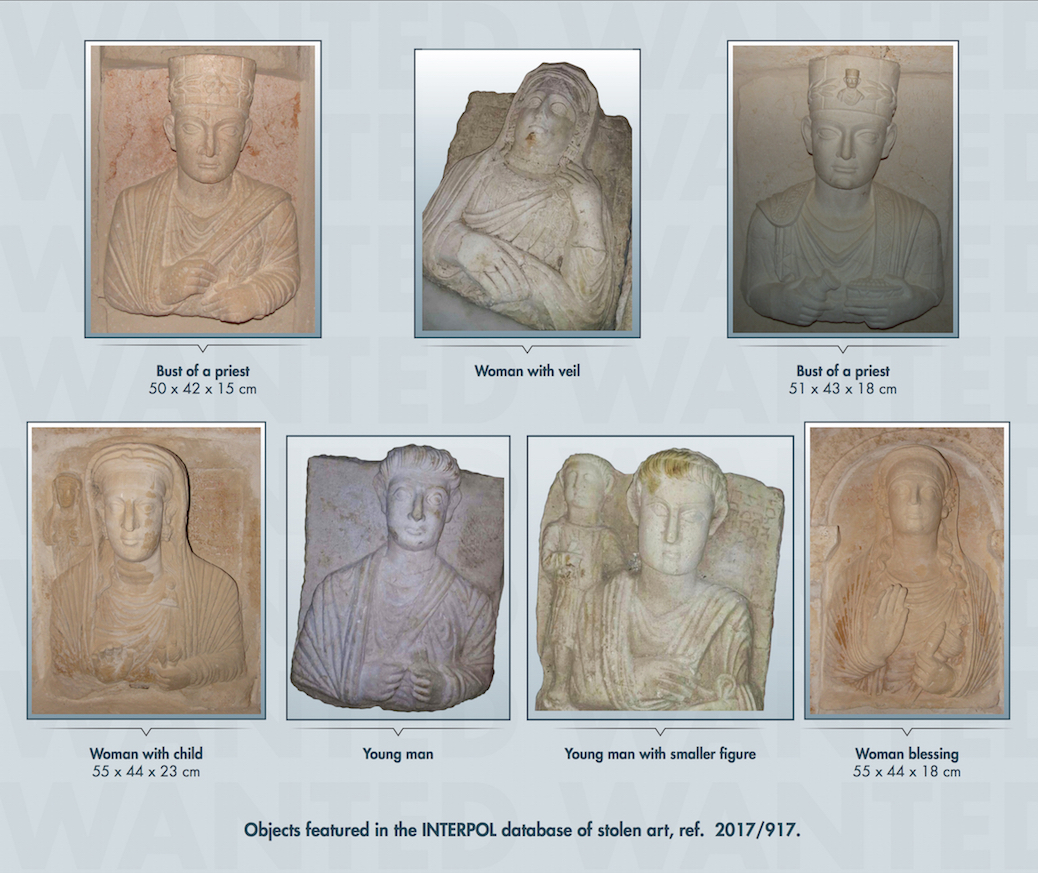 Sculptures stolen from Palmyra (Photo: Interpol)The draft, presented by the European Commission, targets the growing trade that has become a key source of finance for terrorist organizations by tightening checks and banning the import of stolen cultural goods into the EU.

"Money is oxygen to terrorist organisations such as Daesh. By preventing them from entering the EU, we can help dry up this source of income," said the Commission’s First Vice President Frans Timmermans.

The EU already has a prohibition on goods from Iraq and Syria, but no rules until now have existed for third countries.

Moreover, thanks to the lack of a unified EU-wide plan, traffickers easily exploit a patchwork of uneven national rules by making multiple stops in EU countries with less regulation to create a false paper trail – a phenomenon known as "port-shopping".

The proposals come less than a week after the G20 called for countries to "address all alternative sources of financing of terrorism, including … looting and smuggling of antiquities."

According to the Financial Times, Brussels had been compelled to act after such cases as the seizure of two 500-year-old Syrian bas-reliefs at a Paris airport last year. En route from Lebanon to Thailand, they were packed in a wooden crate labelled as decorative garden ornaments.

The commission estimates the annual revenue generated by the sale of stolen ancient artefacts could be as high as US$ 5.7 billion, according to Bloomberg.

In recent years, groups such as ISIS have ransacked and raised archaeological sites like Mosul in Iraq and the Roman town of Palmyra in Syria.

Amongst Interpol’s list of most wanted works of art are 22 bas-relief sculptures from the Artaban tomb in Palmyra and 94 items from Mosul, including a tombstone and carved head.

Art collectors and middlemen in the west have been accused of aiding such pillaging. Between 2011 and 2013, in the first two years of the Syrian war, there was 145 percent increase in imports of its cultural property into the US, according to the Guardian.

The new rules put forward an EU-wide definition of cultural goods that are over 250 years old and give customs authorities the power to seize and retain goods that cannot be proven to have been legally exported.

Those looking to import archaeological objects, parts of monuments that have been dismantled and ancient manuscripts and books will have to obtain a new EU license and provide certification to do so.

The illegal trade of antiques is not, however, limited to the Middle East or the financing of terrorism. According to UNESCO, most African countries have lost 95% of their cultural property, while Interpol has stated that the art black market is becoming as lucrative as those for drugs and arms.

"The illegal trafficking of cultural goods is an issue of grave concern. Such activity can wreak serious damage on the cultural heritage of those countries that can least afford to protect their interests," said Pierre Moscovici, the Commissioner for Economic and Financial Affairs, Taxation and Customs.

"Today’s proposal equips customs authorities with the right tools to ensure the EU market is closed for such goods," he added.