US Charges 412, including Doctors, in US$1.3b Health Care Fraud

A record 412 people have been charged with collectively defrauding the US government of US$ 1.3 billion, in what Attorney General Jeff Sessions called "the largest healthcare fraud takedown operation in American history," the Department of Justice announced Thursday. 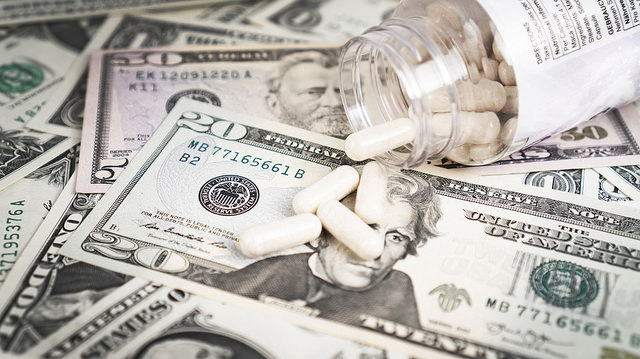 Healthcare fraud (Photo: Pictures of Money/Flickr CC BY 2.0)They include 115 doctors, nurses and other medical professionals, who billed federal health insurance programs Medicare, Medicaid and TRICARE for drugs they never purchased, collected money for false rehabilitation treatments and tests, and gave out prescriptions for cash.

At least 120 people – nearly one-third – were charged for overprescribing and distributing opioids, making it also the largest ever opioid-related fraud takedown.

"Too many trusted medical professionals like doctors, nurses, and pharmacists have chosen to violate their oaths and put greed ahead of their patients," said Sessions.

"Amazingly, some have made their practices into multimillion dollar criminal enterprises. They seem oblivious to the disastrous consequences of their greed," he added.

In one case, the owner of a Florida drug-treatment center attended Alcoholics Anonymous meetings and visited "crack motels" to recruit addicts to his US$ 50 million fraud scheme, the New York Times reported.

After persuading them to move to South Florida he would then bill insurance companies for false treatment and urine tests. In return, he offered the addicts kickbacks in the form of drugs, gift cards, plane tickets and trips to casinos and strip clubs.

A New York cardiologist was arrested at Kennedy Airport Thursday for a bribery scheme he conducted with medical diagnostic facilities to whom he referred clients.

In Utah, a nurse was charged with multiple offenses, including infecting over seven individuals with Hepatitis C.

32 suspects were charged in Michigan for for fraud, kickbacks, money laundering and drug diversion schemes involving US$ 218 million in false claims. In one case, nine of them – including six doctors – prescribed controlled substances that were medically unnecessary, some of which were then sold on the street.

And a Houston doctor was accused of writing 12,000 prescriptions for opioids, enough for more than 2 million illegal doses, according to USA Today.

"Some doctors were writing more prescriptions than entire hospitals," he said.

Opioid addiction is a growing public health crisis in the US. Every day, an estimated 91 Americans die of an opioid-related overdose, according to the New York Times.

In the 10 years that the government’s fraud task force has been operating, it has charged more than 3,500 people for over US$ 12.5 billion in false billings.

"Healthcare fraud is not only a criminal act that costs billions of taxpayer dollars – it is an affront to all Americans who rely on our national healthcare programs for access to critical health services and a violation of trust," said Department of Health and Human Services (HHS) Secretary Tom Price.

"The United Sates is home to the world’s best medical professionals, but their ability to provide affordable, high-quality care to their patients is jeopardized every time a criminal commits healthcare fraud," he said.