Japan’s largest organized criminal group has published a manual for its members on how to avoid arrest under the country’s new anti-terrorism and organized crime law, The Asahi Shimbun reported Wednesday.

Titled "Thinking About Conspiracy," the manual was distributed to members of the Yamaguchi-gumi gang, the largest of Japan’s organized crime syndicates, which are known collectively as the yakuza. 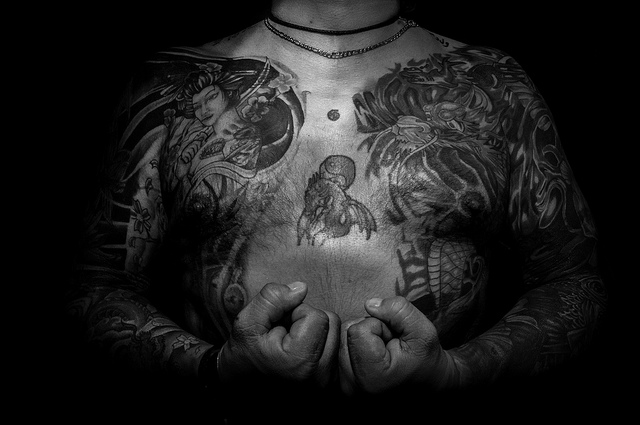 The four-page guide explains the content of the Act on Punishment of the Preparation of Acts of Terrorism and Other Organized Crimes, and gives examples of how it could be applied to yakuza members, like a suspected violation of the Swords and Firearms Control clause.

The manual also urges members to be wary of expanded wiretapping, and gives advice on what to do when colleagues are arrested.

Japan’s new law went into effect on July 11, and is intended to prevent organized crime while still in the planning phases, according to The Japan Times.

But the legislation has been widely protested and criticized by figures from opposition leaders to United Nations officials for the threat it poses to Japanese civil liberties, Foreign Policy reports.

Now, the Yamaguchi-gumi manual shows that its leaders believe the government will target their operations in order to suppress criticism of the law.

"Yakuza will be targeted intensively so that [police] can show they have made actual achievements based on the law," the manual reads.

Police estimate that Yamaguchi-gumi gang has about 23,000 members, the BBC reported in May.

About 60,000 members across Japan are believed to belong to yakuza gangs, which are not illegal in themselves, but make most of their money through illegal gambling, prostitution, drug trafficking and cyber-hacking.

The Japan Times reported Wednesday that the country had joined the United Nations Convention against Transnational Organized Crime, following the passage of its new organized crime law – which was not enacted easily.

The law was narrowly approved on June 15, just days before the parliament session was scheduled to close on June 18.

Prime Minister Shinzo Abe has defended the legislation as necessary to guarding Japan against terrorism in the run-up to the 2020 Olympics in Tokyo.

Critics have argued that the law’s definition of terrorist and organized crime groups is too vague, giving the government broad authority to monitor and punish its citizens. Opposition voices have also made the point that some of the 277 "serious crimes" defined by the law have no obvious connection to terrorism or organized crime.

In an email to Reuters, Joseph Cannataci, the UN special rapporteur on the right to privacy, said that the Japanese government had used "the psychology of fear" to push through what he called "defective legislation."