The Israeli police questioned a seventh individual Tuesday related to suspect multi-million dollar purchases of three German submarines and naval boats in a developing case being called the "submarine affair."

The questioning of a former major general of the Israeli Defense Forces (IDF), whose name had not been released as of press time, follows the interrogation on Monday of six people also implicated in the case. 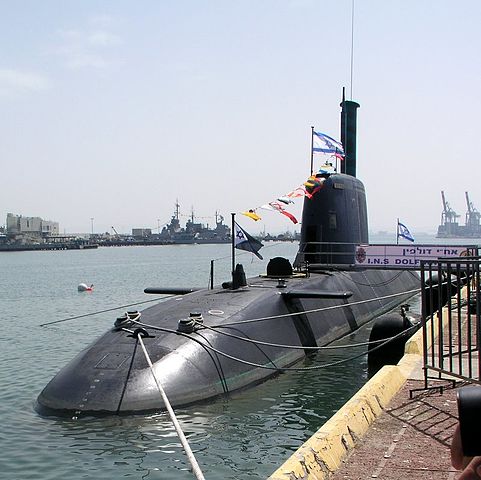 Police are investigating possible wrongdoing surrounding a 2015 deal in which Israel agreed to pay the German shipbuilder ThyssenKrupp €430 million (US$ 480 million) for four "Sa’ar 6 corvette" warships over a period of five years.

The deal came under scrutiny in November 2016, when accusations were made that Shimron may have influenced Netanyahu’s decision to award the contract to ThyssenKrupp, for whom he served as an adviser.

Shimron is also Netanyahu’s second cousin, and suspicions arose late last year that the prime minister helped push the purchase through despite opposition from the IDF and ministry of defense officials, Deutsche Welle reports.

At the time, Attorney General Avichai Mandelblit stressed that Netanyahu was not a suspect in the case. The Times of Israel reported Tuesday that while that is still believed to be true, police are planning to summon the prime minister to testify.

Bar-Yosef was among those questioned Monday. He is suspected of bribery, conspiracy, breach of trust and money laundering, Haaretz reports.

A court ruling late Monday ordered Bar-Yosef’s detention along with two other suspects: Michael Ganor, a former defense official and the Israeli representative of ThyssenKrup, and Ronen Shemer, an attorney who works with Ganor.

Ganor is suspected of money laundering, conspiracy with criminal intent and fraud.

Shimron, the prime minister’s lawyer, is also Ganor’s personal attorney, according to Haaretz. Both Shimron and Netanyahu have denied that the latter knew about their connection.

Further, Shimron has said that his work for ThyssenKrup while serving as Netanyahu’s lawyer did not constitute a conflict of interest.

Ynetnews reported that all of the suspects questioned Monday denied the charges against them, except for a "lawyer with close ties to Netanyahu," who declined to comment on the allegations.

Some Israeli media have identified the lawyer as Shimron and have said that he has been placed under a three-day house arrest, while others just referred to him as a lawyer whose name is not publishable yet.