A new multinational effort was launched Wednesday to tackle grand corruption, a criminal category that can include bribery of public officials, embezzlement, abuse of power and money laundering of proceeds from crime.

The International Anti-Corruption Coordination Centre (IACCC) will be based at the UK’s National Crime Agency (NCA), according to the launch statement. 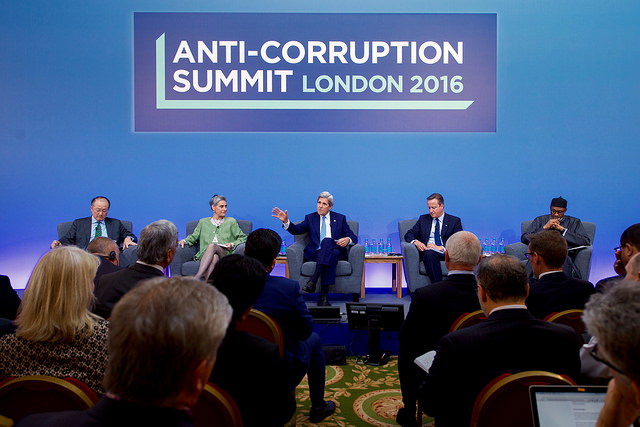 The IACCC's founding was a pledge made at the 2016 Anti-Corruption Summit (Photo: US Department of State, CC0 1.0)

IACCC will bring together agencies from Australia, Canada, New Zealand, Singapore, the UK, US and Interpol in order to improve intelligence sharing and "help bring corrupt elites to justice."

It is the first international partnership specifically focused on tackling allegations of grand corruption.

The IACCC’s founding is the fulfillment of a commitment made during the UK’s 2016 Anti-Corruption Summit, The Wall Street Journal reports.

Representatives of the founding members spoke harshly against corruption Wednesday, and emphasized the need for a global response to crimes that are increasingly transnational in nature.

"There is no doubt that the world’s major economies are abused by corrupt leaders," said Donald Toon, NCA director of economic crime. "We have a responsibility to guard against that abuse, limit the damage it causes to countries already battling poverty, and pursue individuals who put self-interest above the welfare of citizens."

"Corruption creates a fertile ground for organized criminal activities and terrorism. It undermines political, social and economic stability, ultimately threatening the safety and security of society as a whole," he said.

"A united effort is essential if we are to combat this global scourge with criminals stealing billions from the public purse."