The head of Tunisia’s Ministry of State Property and Real Estate, Muneer Al-Farshishi, said the men were charged with corruption because of their connections to another group of eight businessmen arrested between May 23-25. Those individuals were placed under house arrest for allegations of corruption, smuggling and security violations. 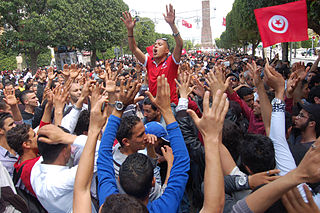 Prime Minister Youssef Chahed renewed the vow to fight corruption that helped him take control of the government on May 24.

"There’s no choice. It’s either corruption or the state," Chahed said, Al-Monitor reported. "I have chosen the state and Tunisia."

Since then, nearly a dozen leaders of organized criminal groups have been arrested, The New York Times reports.

Organized crime and corruption has become as dangerous a threat to Tunisia as terrorism, according to financial and political commentators, and it’s also a major strain on the country’s struggling economy.

The head of Tunisia’s anti-corruption agency, Chawki Tabib, says that corruption in public contracting costs the fledgling democracy almost US$ 1 billion every year.

In the midst of a widening gap between the country’s rich and poor, 78 percent of Tunisians believe that corruption is worse now than before the country’s democratic revolution, according to a January 2017 poll by the International Republican Institute.

In May, thousands of people protested a proposed bill that would grant amnesty to businessmen who were accused of corruption under the overthrown President Zine El Abidine Ben Ali, Al Jazeera reported.

But even though Prime Minister Chahed enjoys some public support for his anti-corruption crusade, Human Rights Watch criticized Tunisia earlier this month for proceeding with house arrests under the country’s state of emergency, and for allowing the prosecution of civilians before military tribunals.

Chahed’s recent corruption crackdown has also been characterized by some as political opportunism, Frontera reports.