Brazilian authorities issued arrest warrants on Thursday for nearly 100 military police officers and about 70 traffickers and other criminals suspected of being part of a corruption scheme in an impoverished district of Rio de Janeiro, the Rio Times reported. 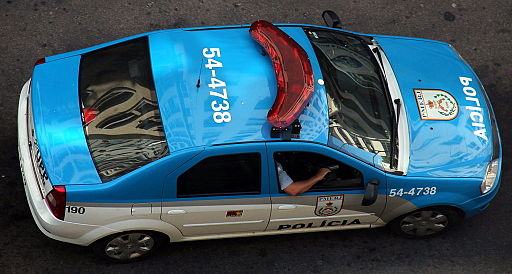 Rio de Janeiro police (Photo: Andre Gustavo Stumpf, CC BY 2.0)The officers are accused of accepting bribes from drug gangs in exchange for providing a variety of services such as protecting drug traffickers, providing them with weapons and carrying out kidnappings on their behalf.

The value of bribes reportedly yielded over one million reals (US$ 300,000) per month.

About 50 people have already been arrested.

Investigator Fabio Barucke told reporters that the police under arrest were “rotten oranges” who would seize weapons in slums and then sell them in other slums.

"We are doing a good to society by removing these individuals from the military police," Barucke said.

"It's an important institution for the public safety of our state. We have extracted these rotten oranges, these bad policemen, to strengthen the safety of the state."

A 2013 survey by the Justice Ministry and the United Nations found the Rio state military police to be the most corrupt in the country.

The Rio Times reported that last month alone, nine police officers in Rio de Janeiro were arrested in connection to the Comando Vermelho, the most dangerous Brazilian criminal organization dealing primarily with arms and drug trafficking.