Colombian Anti-Corruption Official Charged In US For Money Laundering

A top Colombian anti-corruption official and an attorney have been arrested on money laundering charges filed in Miami in connection with a bribery scheme, the Miami Herald reported Tuesday. 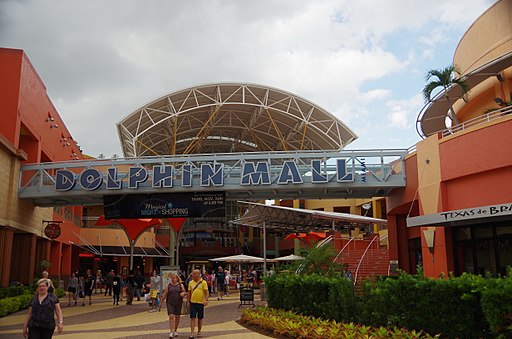 In mid-June, Moreno and Pinilla met with the Colombian official at the Dolphin Mall in Miami to collect an envelope stuffed with US$ 10,000 in cash in exchange for giving him confidential information about the corruption probe he was facing in Colombia.

What they didn’t know was that the Colombian politician had informed US authorities about the extortion scheme in April and agreed to cooperate with them.

Recorded conversations revealed that Moreno and Pinilla discussed Moreno’s authority to control the probe of the Colombian politician accused of running an embezzlement scheme involving royalties.

In exchange, Moreno and Pinilla asked for a bribe of 400 million Colombian pesos (US$ 132,000) with an additional US$ 30,000 to be paid before Moreno left Miami for Colombia.

"This kind of conduct greatly damages the integrity of our institutions and compromises someone who had enjoyed the highest level of trust, by being assigned to one of its most-important tasks: the fight against corruption," Colombia's chief prosecutor, Nestor Martinez said.

According to the criminal complaint, Moreno and Pinilla first approached the Colombian politician in November offering to give him sworn statements taken from Colombian witnesses who had testified against him in the corruption case, in exchange for 100 million Colombian pesos (US$ 34,500).

Despite his assistance to US authorities, the Colombian official who is identified as former Cordoba governor Alejandro Lyons, is expected to face potential criminal charges in the US and Colombia.

He is the latest in a line of South American politicians to be accused of stealing government money and escaping to South Florida.

Moreno and Pinilla are being held at La Picota prison in Bogota, where Colombian drug traffickers are kept, and face extradition to Miami. The judicial process could take months.