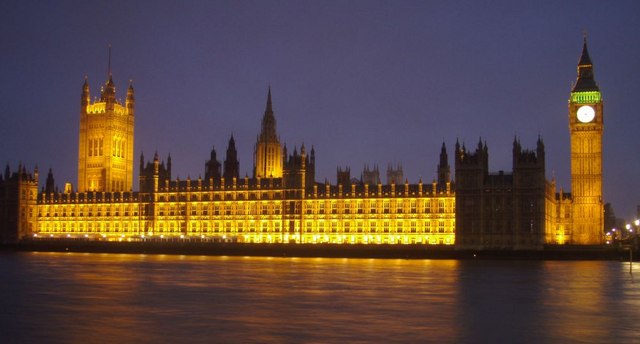 Westminster Palace, UK (Photo: Graeme Smith, CC BY-SA 2.0)The laws announced Friday by the Department for Business, Energy and Industrial Strategy will force about 30,000 SLPs to disclose their beneficial owners within the next 28 days, or face daily fines of up to £500 ($US 636).

The UK government bypassed the typically required 21 days of parliamentary consideration for the new laws in order to meet the June 26 deadline to comply with the European Union’s fourth anti-money laundering directive.

SLPs have their own “legal personality,” which means that they can hold assets, borrow money from banks and enter into contracts, according to the government press release. SLPs have also not had to previously disclose their owners’ identities, which makes them particularly appealing to organized criminal groups.

Investigators from Ukraine to Brussels say that SLPs have been routinely used to help hide the proceeds from organized crime ranging from arms deals to bribery and child pornography, iNews reported.

In 2016, 71 percent of all new SLPs registered were controlled by anonymous companies based in secrecy jurisdictions like Belize, Seychelles and Dominica, according to a new joint report by Transparency International UK and Bellingcat.

SLPs “can have corporate partners based in secrecy jurisdictions while maintaining the perceived respectability of a UK-incorporated legal entity,” the report reads. “As a result, they are the UK’s own home-grown secrecy vehicle, which have played a key role in some of the most audacious and shocking money laundering schemes in recent history.”

Investigative reporting by the OCCRP found that 113 SLPs played critical roles in the massive Russian Laundromat money laundering scheme that moved $20.8 billion out of Russian banks between January 2011 and October 2014.

The number of SLPs registered in Scotland rose by 430 percent over the past 10 years, according to Transparency International’s reaction to the new laws.

Scottish lawmakers have long called for tougher regulations on SLPs, which despite their name are controlled by the UK government in Westminster. SLPs have also been the subject of an ongoing investigation by The Herald Scotland.