South Africa’s highest court ruled Thursday that the Speaker of the National Assembly has the power to decide whether lawmakers can hold a secret ballot vote of no confidence in President Jacob Zuma.

Speaker Baleka Mbete, who belongs to Zuma’s ruling party, refused in April to call for a secret ballot vote, claiming she was not authorized to make that decision. 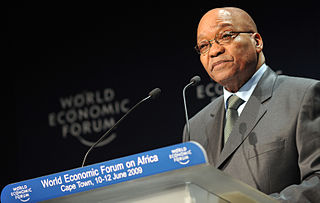 The choice is now "remitted to the speaker for her to make a fresh decision," said Chief Justice Mogoeng Mogoeng while delivering the court’s ruling, which was broadcast live on YouTube.

Three opposition parties requested the vote of no confidence by secret ballot after Zuma removed the Finance Minister Pravin Gordhan during a cabinet reshuffle, claiming he needed younger talents and ideas in the government.

The firing of the highly respected minister, known for his strong stance against corruption, prompted public outrage and caused South Africa’s credit rating to be downgraded to "junk" status, Bloomberg reported.

The incident is the latest in a string of scandals that has plagued Zuma since taking office in May 2009.

He has faced multiple corruption charges stemming from before his time in office, a rape trial and four previous votes of no confidence, from which he emerged unscathed.

One of the opposition parties, the United Democratic Movement, petitioned the constitutional court to mandate a secret ballot. The party hopes that an anonymous process will allow disgruntled members of Zuma’s party - the African National Congress - to vote against their leader, Reuters reported.

The court rejected the request to impose a secret ballot, but clarified that Speaker Mbete does have the power to decide if the voting procedure for a new vote of no confidence should be open or secret.

"Both possibilities are constitutionally permissible," said Justice Mogoeng. He also emphasized the importance of government accountability and transparency throughout his statement, and urged lawmakers not to turn the vote into a "fear or money-inspired sham."

UDM party leader Bantu Holomisa described the ruling as a "victory for democracy," the BBC reported.

The ruling comes on the same day Zuma is scheduled for his first appearance in the South African Parliament since March.

News24Wire of Capetown reported that the president was expected to face tough questioning regarding corruption allegations and his possible resignation.