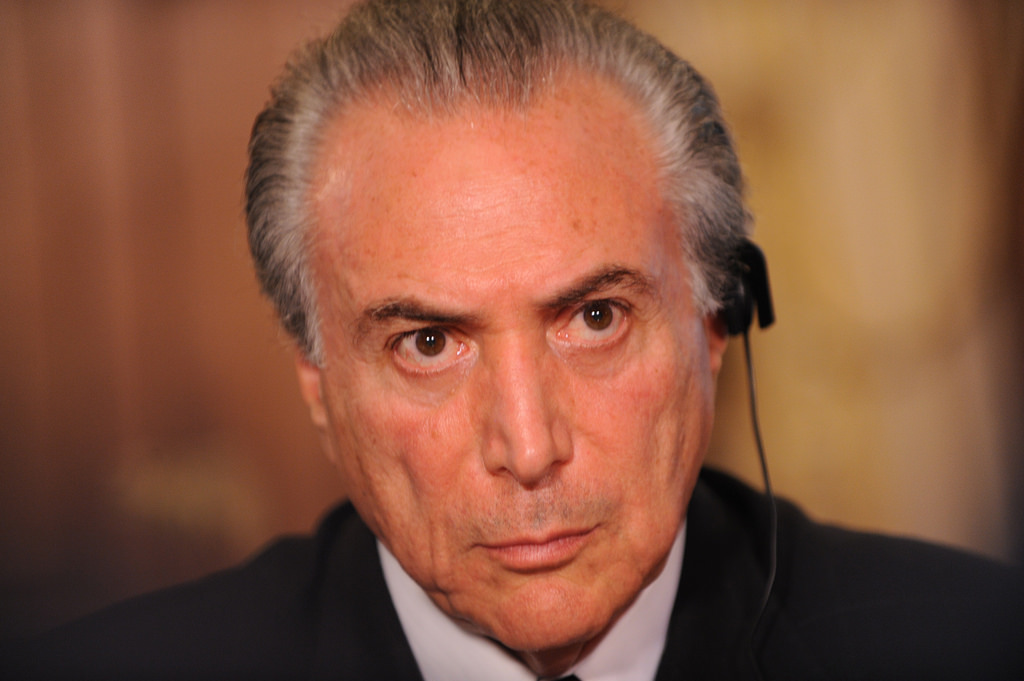 President Michel Temer (Photo: Foreign & Commonwealth office, CC BY 2.0Temer is being investigated for corruption, obstruction of justice and for belonging to a criminal organization.

Police launched an investigation into Temer after a recording was released in which he appears to be endorsing hush money from the Chairman of the giant meat-packing company JBS, Joesley Batista, to silence a potential witness.

Batista testified that Temer received bribes from companies since 2010 when he served as President of Brazil's lower house, with the help of former lawmaker Rodrigo Rocha Loures acting as an intermediary.

A video made by investigators shows Loures carrying a suitcase filled with about US$ 150,000 in cash, allegedly sent from JBS to the President.

Temer has fiercely denied the allegations and accused Batista of defamation and slander.

Police submitted the preliminary report to warrant a formal investigation into Temer for "passive corruption" — the act of taking bribes – and give ground to a criminal prosecution.

If endorsed by a prosecutor, a two-third Congress majority would have to approve the case to be brought forward to the Supreme Court which can decide whether a real investigation that could result in Temer’s impeachment should be launched.

Temer is the latest lawmaker to be probed as part of the so-called "Car Wash" investigation, which over three years has uncovered corruption among Brazil's political and business elite.

The vast political corruption investigation has led to the arrest of hundreds of politicians and business executives allegedly involved in a US$ 100 million money laundering ring linked to a bribes-for-contracts scheme.