Customs agents arrested a 33-year-old American woman this week as she tried to come into the country at New York’s Kennedy International Airport in a wheelchair packed with 27 pounds of cocaine. 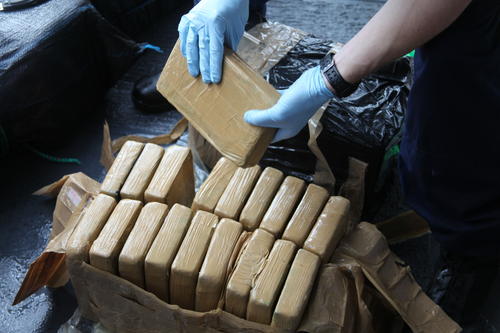 Cocaine seizure (Photo: Coast Guard Compass) As soon as Yoncela Stanley's flight arrived from St. Lucia, Customs and Border Protection (CBP) officers noticed that something was amiss with her motorized wheelchair’s back seat cushion, according to their press release.

A dog sniffed at the heavy cushion and authorities found what turned out to be 10 bricks of cocaine worth US$ 468,000 on the street, according to officials.

The alleged smuggler was turned over to the Immigration and Customs Enforcement's Homeland Security Investigations branch, pending prosecution on federal narcotics smuggling charges by the U.S. Attorney’s Office of the Eastern District Court of New York.