In separate and unrelated cases in Florida and New York this week, police officers were indicted for criminal activity. 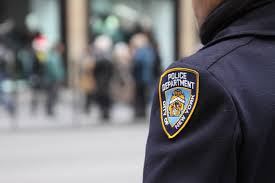 In both cases, the police officers had been previously placed under close surveillance because they were suspected of illegal activities. The New York Police Department (NYPD) officer was even on "modified duty," meaning she was not authorized to carry her gun and was limited to desk work.

In the first case, two Sweetwater, FLA police officers, Reinel Valdiva and William Garcia, were charged with participating in racketeering activities such as battery, theft, and fraud against foreign-born individuals who had limited knowledge of English and of the US legal system. Officials said they engaged in "a disturbing pattern of theft and physical violence against citizens."

In one incident, Valdiva – who is serving jail time for unrelated identity theft and fraud charges – forced a suspect to swallow water, in a dark room, until he falsely confessed to a burglary.

The NYPD officer, Nysia Stroud, was entrapped by an undercover officer for transporting some US$ 2,000 worth of drugs, including more than a kilogram of cocaine, on four occasions between April and June 2017.

She used 'shopping at Woodbury' as code to refer to her drug deliveries and explained to the undercover cop she thought she was working with that her police badge would justify her haul to law enforcement.

She pleaded not guilty and faces a minimum of eight years in prison.