The investigation has moved to Asia, say officials who coordinated the arrest last week of seven key players involved in a massive ivory smuggling operation out of Africa. 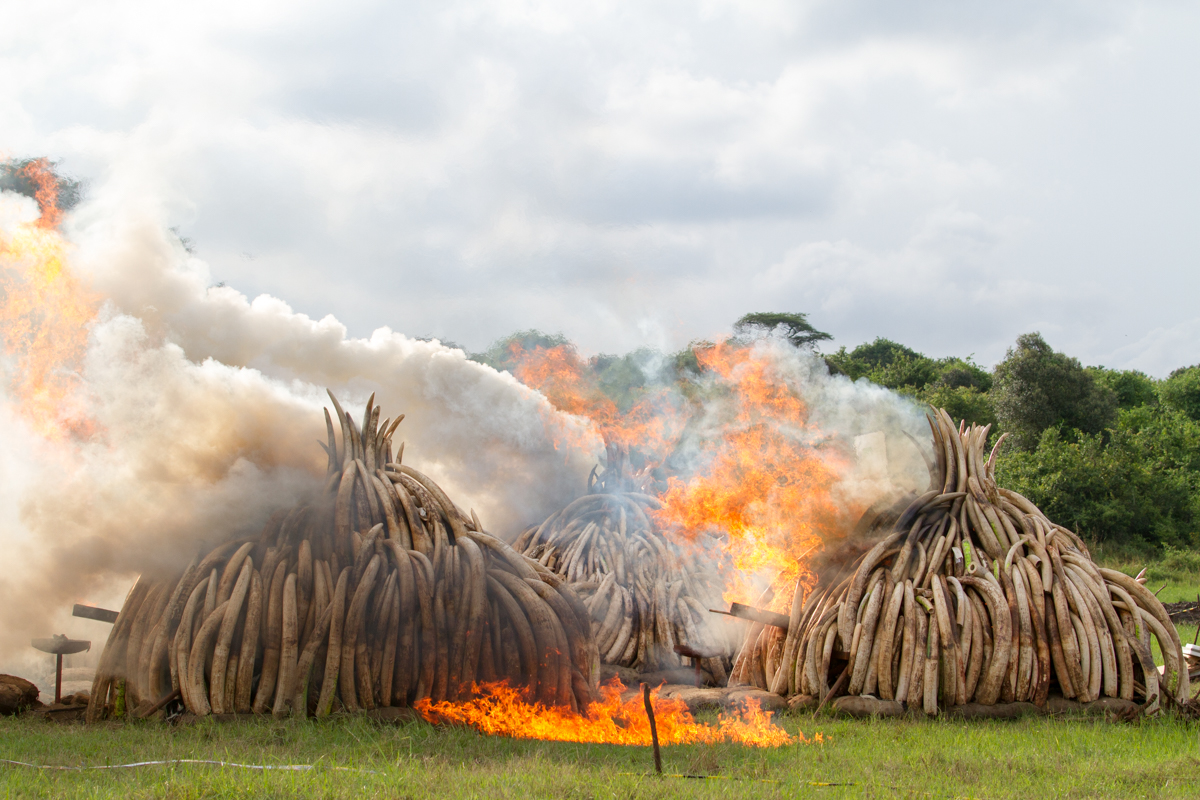 Ivory burnt in Nairobi in 2016 (Photo: Mwangi Kirubi, CC BY-SA 2.0)An 18-month effort by authorities in eight African and Asian countries was sparked by the seizure of one ton of elephant tusks in Singapore in March 2014.

They traced the illicit shipment to an African syndicate found to be engaged in the illegal trade of ivory and endangered species. The operation revealed that the seized tusks were smuggled from Uganda to Kenya before being shipped to Singapore and flooding Asian black markets.

The investigation to date also has led to the indictment in Tanzania of 13 suspects, of whom three are still on the run, for the illegal export of six tons of pangolin scales to Asia.

The next step, authorities say, will be to crack down on the Asian links of the illegal supply chain. Ebayi Bonaventure, director of the Lusaka Agreement Task Force, in charge of the operation in Uganda, said: "We will carry on and find everyone involved in this criminal supply chain, from the poaching fields to the buyers. we will not stop until the killing and trafficking stops."