Panama Diplomat: Venezuelan Vice-President should be probed for Money Laundering

A former diplomat asked Panamanian officials Tuesday to open a money laundering investigation into Venezuelan Vice-President Tareck El Aissami, who was blacklisted in February by the U.S. for playing "a significant role in international narcotics trafficking." 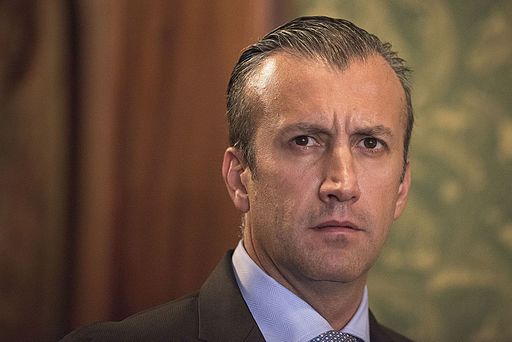 Cochez said that the results of the multi-year U.S. investigation, in which the pair were blacklisted by the Treasury Department’s Office of Foreign Assets Control (OFAC), has ramifications in Panama that warrant an investigation.

He claimed that the two could not only still hold vast fortunes in the Central American country, but also be continuing to launder drug and bribery money through it.

"They have an office that spans the entire 24th floor in one of the most luxurious buildings in Panama," Cochez said, according to El Nuevo Herald. "No one knows how much money they have managed to place in Panama, but they are known to have turned Panama into an important player in an extensive laundering network."

"They may be using the Panamanian corporate and financial system to wash assets from illicit activities, such as drug trafficking and the corruption of civil servants," he added.

According to U.S. authorities, El Aissami coordinated drug shipments through from Venezuelan ports and an airbase to Mexico and the United States.

He also allegedly provided protection to the Colombian drug lord Daniel Barrera and Venezuelan trafficker Hermagoras Gonzales Polanco, according to Panam Post which said it was citing U.S. authorities.

Lopez was responsible for creating shell companies in Panama, Barbados, the British Virgin Islands and the United States, through which the pair washed the proceeds, El Nuevo Herald reported.

These corporate facades were structured into a complex network of bank accounts and ghost companies that appeared to be legal, large-scale oil, civil engineering and financial businesses.

In his letter, Cochez claimed that the pair wash the dirty money through Yakima Trading Corp., a company incorporated in Panama and linked to Lopez by U.S. authorities.

He also warned that the two "may be offering pay or grant benefits to Panamanian officials to avoid setting off financial alarms, especially since the U.S. blacklisted them."

El Aissami is currently still under investigation in the U.S. for links to extremist movements in the Middle East.