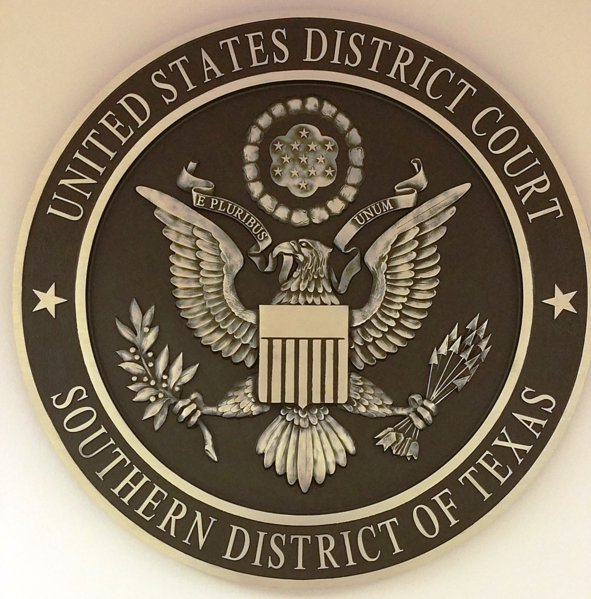 Seal of the District Court (Photo: Jowa504, CC BY-SA 2.0Over the past two weeks, three Indians and one Pakistani pleaded guilty to money laundering and one Indian national admitted he was involved in wire fraud before U.S. District Court Judge David Hittner of the Southern District of Texas.

The scammers called victims in the U.S. from five call centers located in Ahmedabad, India, pretending to be officials from the IRS and U.S. Citizenship and Immigration Services (USCIS). They threatened them with fines, imprisonment or even deportation, if they did not pay money allegedly due to the U.S. government.

The scam was also operated in the U.S. by a network of "runners" in charge of misappropriating personal information of U.S. individuals from brokers and other sources, managing the accounting and payment process and eventually laundering the funds.

The five are among the 56 people indicted by a federal grand jury in the Southern District of Texas in October 2016 in connection with this massive scam, which ran from 2012 to 2016.

According to the accused’s guilty pleas, two of them formerly managed Indian scam call centers before moving to the U.S.

Sentencing dates are pending for all five defendants.