The aide of former president Goodluck Jonathan and three other Nigerian ex-officials have been named in a massive US$ 20 million Swiss bribery scandal, media reported Sunday. 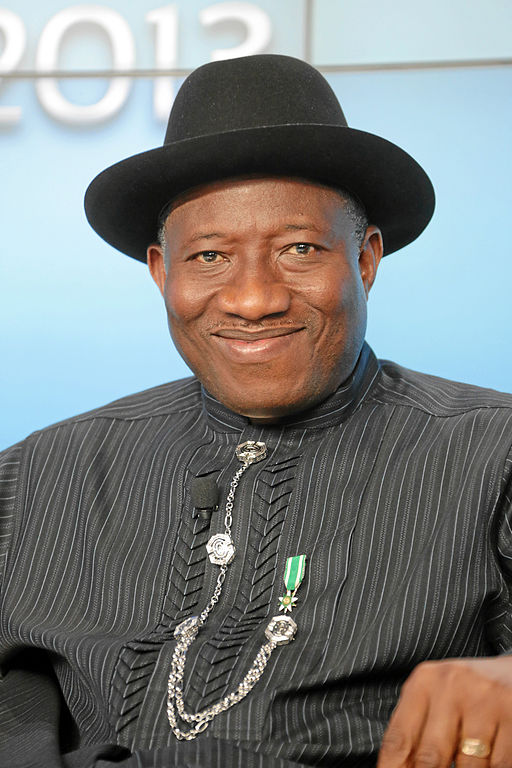 Former president Goodluck Jonathan (Photo: World Economic Forum CC BY-SA 2.0)The case revolved around a company called Dredging International Services (Cyprus) Ltd, which was sentenced last week in Switzerland to a fine of Sfr one million (US$ 1.03 million) and asked to repay Sfr 36 million (US$ 37.3 million) of illegal profit.

According to the investigators, the bribes began in 2007 after the Nigerian Ports Authority (NPA) refused to pay the company US$ 43 million for dredging the Bonny channel and river, in the south of the country - work that it had already completed.

To recover the amount, the company began bribing NPA executives and other officials in the hope of pushing them to act. Over the following five years they wired more than US$ 20 million in bribes to nine offshore companies.

Daniel Afam-Obi, the former executive assistant to President Jonathan’s special advisor Sullivan Akachukwu Nwankpo, was said to have been paid US$ 157,000 for unknown reasons and allegedly received the money on behalf of Nwankpo.

Dredging International also wired a further US$ 18 million to offshore companies whose real beneficial owners remain unclear, but are believed to be other Nigerian officials.

According to De Tijd, at least three of those shell companies were located in the British Virgin Islands.

Each year, NPA awarded dredging contracts worth US$ 70 million to Dredging International without any open or competitive bidding, as required by Nigerian law.

Dredging International is a Cyprus-based subsidiary of the Belgian petroleum infrastructure and dredging group DEME. Before the investigation was made public, the Antwerp-based group had been described as the most attractive employer in Belgium and was in 2015 crowned "company of the year", L’Echo reported.

Dredging International’s lawyer Marc Henzelin told investigators that the company "found themselves in a situation of near-constraint" when the NPA blocked the due payments, according to Premium Times.

The accounts were regularly topped up by Dredging International and the payment orders given by two of its Swiss executives. Each earned bonuses of €800,000 (US$ 1.1 million) and €2.7 million (US$ 3.76 million) respectively.

An investigation was launched in 2011, when Credit Suisse alerted Swiss authorities to these suspicious transfers.

Switzerland allegedly sought assistance from Nigeria and its then Minister of Justice, Mohammed Bello Adoke, who replied that there was no case for criminal investigation.

Adoke is currently wanted by the Economic and Financial Crimes Commission (EFCC) in connection to another corruption scandal.

The asset management company, Driancourt & Cie, was dissolved in August 2015 on orders from Swiss regulatory authorities.