The anti-corruption prosecutor in charge of investigating members of Spain’s ruling party resigned Thursday after media claimed that he holds a 25 percent stake in an offshore company in Panama. 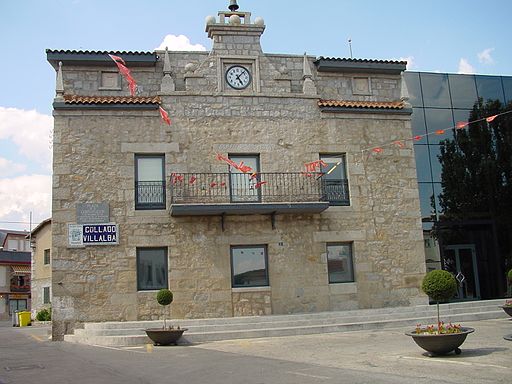 Collado Villalba, where Moix's chalet is located (Photo: Dirección General de Turismo, Madrid CC BY 3.0 ES)Manuel Moix’s resignation came days after infoLibre revealed that, when his father died in 2011, Moix and his three brothers inherited ownership of Duchesse Financial Overseas – a company incorporated in the tax haven Panama in January 1988.

One of the company’s treasurers is Aida May Biggs, a 93-year-old Panamanian woman, whose name appeared as a front-man to 17,539 companies in last year’s Panama Papers leak. It was also presided by a lawyer in Switzerland, whose sister was named as the company’s secretary.

The sole activity of the offshore company appears to be the ownership of the Moix family home, a three-story chalet worth €550,000 (US$ 620,000) with an indoor pool, located in a gated community close to Madrid.

In the five and a half years that Moix owned the 25 percent stake, he avoided putting the property in his name, choosing instead to keep it camouflaged under the shell company’s corporate umbrella.

In the days following the expose, Moix reportedly initially tried to cling to his position by giving false information to the media, and then by claiming "economic reasons" for failing to dissolve the company.

On Thursday, Moix said he was stepping down for personal reasons, but Spanish media reported that he had come under increasing pressure from his boss, Attorney General Jose Manuel Maza.

Moix lasted just 100 days in office, according to infoLibre.

In his short tenure, he had already been accused by the Spanish Parliament of "maneuvering to block some judicial cases against corruption," according to the Catalan News Agency.

For years Spain has been gripped by a cash-for-public-contracts corruption scandal involving the center-right ruling party, the Partido Popular (PP), according to the BBC.

In April, Spanish media accused Moix of trying to hinder the same corruption investigations into the PP’s Madrid branch that he was in charge of, Reuters reported.

As a top prosecutor in Madrid, he had already come under criticism for refusing to investigate political leaders in a case involving the Madrid Arena, according to El Mundo.

Moix is not the first Spanish public figure to resign over links to offshore companies. Last year, industry, energy and tourism minister Jose Manual Soria was forced to step down after evidence of his offshore dealings emerged in the Panama Papers.

"Moix should go his way. He has no authority to persecute the corrupt who hide their money in tax havens," said Spanish socialist party (PSOE) deputy Isabel Rodriguez, according to El Mundo.

"Offshore ministers and prosecutors degrade democracy and are parasites on institutions. We must throw them out," tweeted Podemos secretary general Pablo Iglesias.