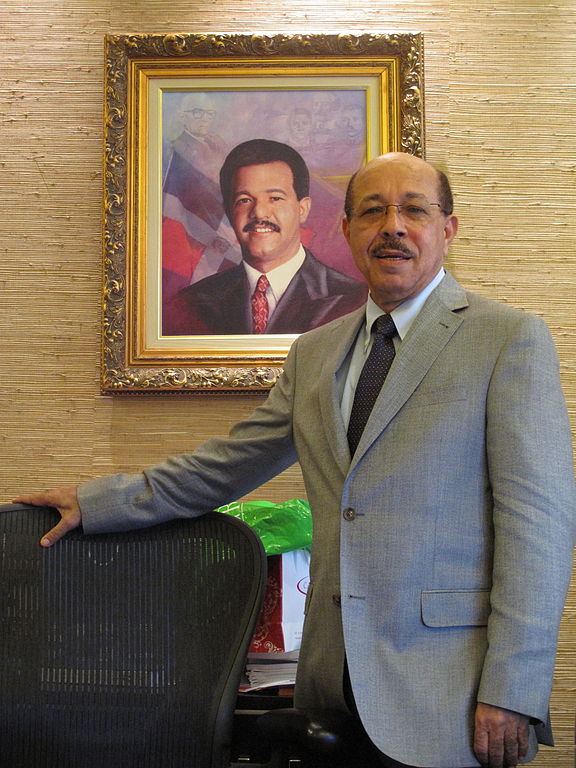 "We can qualify this as an unprecedented event because of the multitude of crimes and the positions of power of those involved," said Attorney General Jean Alain Rodriguez, according to ABC news.

Rodriguez said that he would request that immunity for sitting lawmakers to be lifted.

The arrests were made after Odebrecht officials admitted to U.S. prosecutors that it had paid US$ 92 million in bribes to Dominican officials since 2001 to secure 17 government contracts.

In 2014, the company moved its now infamous “bribery bureau,” innocuously named the Bureau of Structural Operations, from Brazil to the Dominican Republic, after corruption investigations began heating up at home, according to the Washington Post.

Construction of the US$ 2 billion, 720-megawatt plant was awarded to the Brazilian company even though its bid was higher than all others submitted and more than US$ 500 million above the limit set by the Dominican Republic’s Congress.

Ironically, one of those arrested Monday was Cesar Sanchez, a member of the same commission appointed by President Danilo Medina to investigate the plant’s alleged ballooning costs, according to Dominican Today.

The Dominican bribes were part of a total US$778 million paid by Odebrecht to officials in 10 Latin American and two African countries to obtain construction contracts, according to the Washington Post.

One of the alleged key Brazilian figures in the scheme, Joao Santana, worked as President Medina’s adviser in two presidential campaigns.

He has also served as campaign strategist for a number of other Latin American presidents caught up in the Odebrecht scandal, including Brazil’s Luiz Inacio Lula da Silva and Dilma Rousseff, Venezuela’s Hugo Chavez and Nicholas Maduro and El Salvador’s Mauricio Funes.

Since 2001, the Dominican contracts won by Odebrecht have totaled US$ 5 billion – 7 percent of the annual GDP.

In return for information on local graft recipients, Rodriguez struck a deal with Odebrecht for a US$ 184 million fine and protection of the company’s executives from prosecution.

Though hundreds have been arrested and charged across Latin America since the scheme was exposed, including former presidents, Mondaymarks the first time anyone in the Dominican Republic has been arrested for their involvement.