A prosecutor in Saint Paul, Minnesota, unsealed on Thursday the indictment of another 21 people allegedly involved in a sex trafficking enterprise that lured poor women from Thailand to the United States and then turned them into sex slaves. 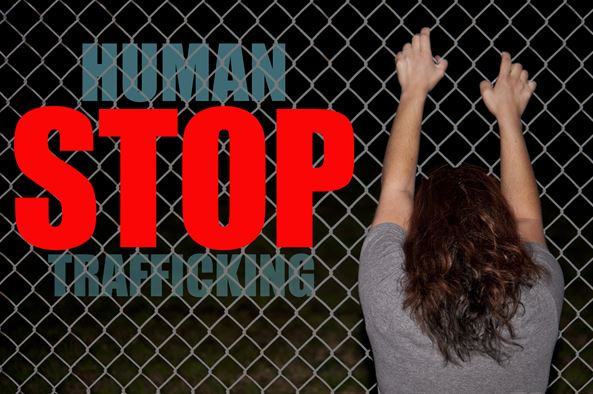 Campaign against Human Trafficking (Photo: 28th Logistics Readiness Squadron)Police arrested a day earlier 20 of them, seizing during raids hundreds of thousands of U.S. dollars in cash and weapons and shutting down several prostitution houses across the country.

Since 2009, the group brought sex workers from Thailand to the United States, promising them a better life, according to the indictment.

But once in the U.S., the women were forced to pay off a bondage debt of up to U.S.$ 60,000 through prostitution earnings, making them modern-day sex slaves.

"The victims were placed in houses of prostitution where they were forced to work long hours – often all day, every day – having sex with strangers," according to the indictment.

"The victims were isolated from the outside world; they often had no freedom of movement and were not allowed to leave the prostitution houses unless accompanied by a member of the criminal organization," it said.

The scheme generated millions of dollars and involved hundreds of women.

Officials said of the 10 Thai nationals and 11 U.S. citizens indicted, only one is still at large.

The criminals are suspected of having found their victims online. They then allegedly committed visa fraud to smuggle them to the U.S. and laundered the illegal proceeds through a so-called hawala-based system - an alternative financial remittance system based on trust and family association.

The victims’ debt burden was sometimes increased with the cost of cosmetic surgery that they were compelled to have to make them "more appealing to potential sex buyers in the United States," states the indictment.

The criminals threatened the victims who resisted of retaliation against their family.

This one follows a previous indictment issued last October against 17 people who were part of the same criminal organization. Three have already pleaded guilty, making it one of the largest sex-trafficking prosecutions in the US, said Acting US Attorney Gregory Brooker.

One of the alleged ringleaders, Sumalee Intarathong, is incarcerated in Belgium for separated traffickingoffenses. The U.S is currently seeking her extradition. Other ringleaders are believed to be in Thailand and are currently at large.