A lawyer representing the mother of Sergei Magnitsky submitted Wednesday to a Moscow court new evidence alleging that a Russian investigator orchestrated the cover-up of the deceased whistleblower’s death. 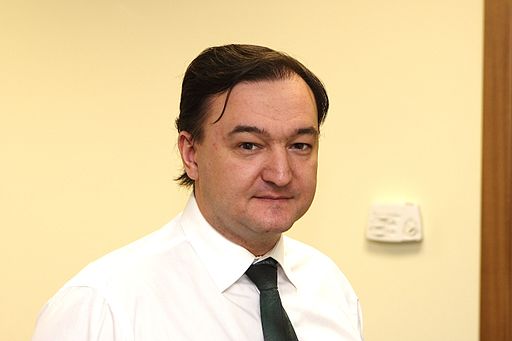 Sergei Magnitsky (Photo: VOA)A representative from Hermitage Capital Management - the investment adviser to the largest foreign investment fund in Russia until 2005 - told OCCRP that Nikolai Gorokhov was "brave enough to appear at the court on Wednesday."

Gorokhov was due in March to contest a refusal by another court to investigate new evidence relating to the so-called "Pavlov Leaks," which revealed how tax officials colluded with police and an organized crime group in a US$ 230 million tax rebate fraud scheme – the largest in Russian history – that targeted Hermitage Capital.

Instead, Gorokhov fell four stories from his apartment the night before his scheduled hearing in what many believe was an act intended to stop his activities, according to a press release by Hermitage’s advocacy group, Law and Order in Russia.

Magnitsky, a prominent lawyer, died in a Moscow jail from mistreatment and neglect after accusing Russian tax officials of stealing US$ 230 million.

Gorokhov’s filed complaint alleges that Russian investigator Strizhov covered-up Magnitsky's death by closing the case on claims that there was "no crime," despite injuries on Magnitsky’s body.

The "Pavlov Leaks" claim that there were agreements between Strizhov and members of an organized crime group called Klyuev one month before Strizhov exonerated Pavlov, Interior Ministry officer Urzhumtsev and other criminal group associates from liability for the US$230 million theft.

Further details about Wednesday’s court hearing have not been released yet.