U.S. authorities on Wednesday captured 21 suspected members of the MS-13 gang, one of the country’s largest and most dangerous criminal organizations, the Los Angeles Times reported. 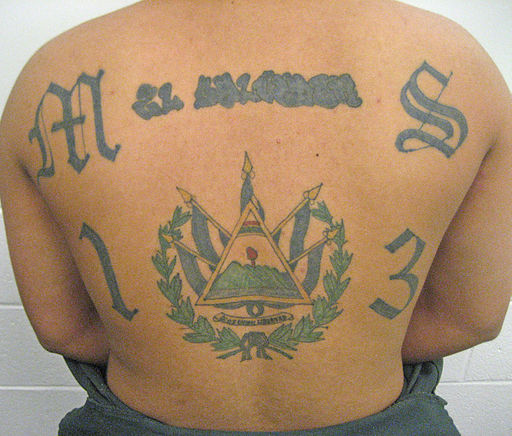 MS-13 gang (Photo: U.S. Immigration and Customs Enforcement)After an investigation that began nearly three years ago, dozens of armed agents stormed into a store outside downtown Los Angeles prepared for a violent clash with MS-13 gang members but, to their surprise, encountered no resistance.

The officers peacefully took about half a dozen people into custody, according to the CNN TV crew who accompanied them.

Meanwhile in pre-dawn hours, hundreds of federal and local authorities raided other homes and storefronts across the city in search of high-ranking MS-13 members.

"This gang is responsible for murders – both of rival gangsters and innocent bystanders – as well as drug dealing and extortion in many communities in the Los Angeles area," acting US Attorney Sandra Brown said.

Those arrested are among 44 suspects named in an anti-racketeering indictment who face federal charges, including the former head of the entire gang in Los Angeles and 12 senior leaders.

Mara Salvatrucha, commonly called MS-13, is a transnational criminal street gang that was formed in Los Angeles about 30 years ago. The gang has more than 10,000 members across the U.S. and about 30,000 members worldwide.

Newcomers are known to endure a 13-second initiation called “jumping in” whereby they are beaten with fists and bats. Female joiners are “sexed in,” or forced to have sexual relations with MS-13 members.

The gang profits from extortions, kidnappings, drug and weapons trafficking and human trafficking, according to authorities. Killings for the protection of the gang are common, and are sometimes done using machetes.

The investigation, which began under President Obama, was meant to target MS-13 leaders and the gang’s links to the Mexican mafia, according to federal agents.

"We believe the most impact is made by targeting the mid-to upper-level hierarchy of the gang and removing them," U.S. special agent Eric Harden said.

"Once removed, it causes a disorganization of the gang, where it suppresses their activity for an extensive amount of time until another leader is developed or steps up," he said.

Last month, President Donald Trump called the MS-13 "one of the gravest threats to American safety," and blamed his predecessor for the gang’s rise.

But experts say there is little evidence that MS-13 has proliferated in recent years or become more dangerous to the U.S. than other gangs.

"This attitude that there's a brand-new threat and it's new and it's all immigration, there is not a piece of that narrative that is accurate," said Jorja Leap, an anthropologist and gang researcher at UCLA.

As part of the U.S. administration’s border security and immigration enforcement efforts, President Trump has vowed to eradicate the criminal group.

"MS-13 is going to be gone from our streets very soon, believe me," he said this week at the National Peace Officers' Memorial Service.