Anti-corruption police in four countries are investigating a British firm for allegedly bribing a Norwegian official to forge the export license of seven naval vessels that ended up in the hands of a Nigerian warlord, the Guardian reported Sunday. 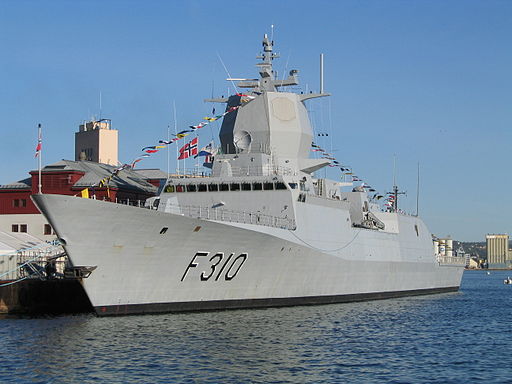 Naval vessel (Photo: user:ZorroIII, CC BY-SA 3.0)Investigators in the UK, the US, Nigeria and Norway are examining CAS-Global Ltd following allegations that the UK-registered company paid US$154,000 to Norwegian civil servant, Bjorn Stavrum, to secure the multi-million dollar defense deal by concealing the Nigerian warlord as the end user.

London police began investigating CAS-Global in 2014 when the UK government approved the company’s export of a large Norwegian naval vessel to Nigeria which ended up in the hands of Global West Vessel Services - a company reportedly controlled by the former Nigerian warlord Tompolo who is now wanted for looting the Nigerian state marine agency.

A report published Monday by Corruption Watch reveals that UK authorities approved the license application despite obvious warning signs that the deal could potentially be corrupt.

"The UK government is clearly open to charges of hypocrisy if, on the one hand, it urges countries like Nigeria to fight corruption, while making no effort to prevent corruption in its own export licence process," Corruption Watch’s investigations director, Paul Holden said.

Norwegian authorities are prosecuting Stavrum, who allegedly was paid the money directly into his bank account in two installments in 2013. Stavrum denies the claims.

Four men have also been arrested in the joint investigation and London police is further "liaising with the American and Nigerian authorities in respect of inquiries connected to financial transfers."

UK’s company registry called Companies House identifies CAS-Global as a firm that was set up in 2008 under a vague business description.

Last month, Companies House said it would dissolve the firm because it appears to be moribund. CAS-Global could not be reached for comment, according to the Guardian.

The investigation is part of the UK’s effort to improve years of neglecting to prosecute companies suspected of paying bribes to foreign officials. The case has not been resolved yet but is expected to take a more decisive turn on Tuesday when the verdict in the first court case is due to be announced in Oslo.