Several former Afghan National Army generals own luxurious properties they never would have been able to buy with the modest salaries they received when they served under the country’s previous administration, an investigation revealed Thursday. 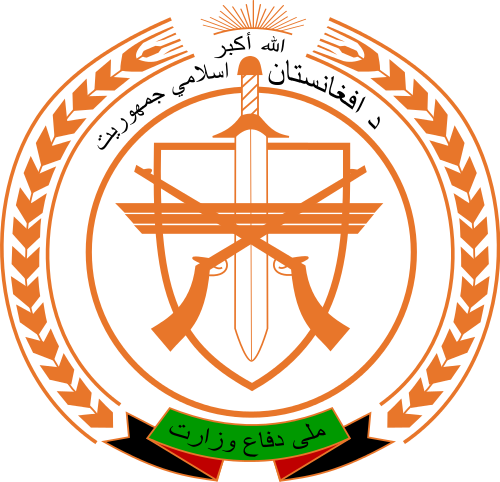 Ministry of Defense of Afghanistan emblem (Photo: MrPenguin20, CC BY-SA 3.0)Afghanistan’s 24/7 news channel, TOLOnews, found that some ex-army generals own mansions, and lead lavish lifestyles that their monthly salaries of 40,000 and 60,000 Afs (US$600-900) could not possibly have covered.

The investigation reveals the names of five defense generals who own luxurious properties in the capital city of Kabul, including ex-Army chief Gen. Qadam Shah Shaheem who resigned last month following a military base attack that killed over 140 soldiers.

The military personnel under investigation declined to comment while the Ministry of Defense said it does not have sufficient information about the assets of army generals.

“The issue is that the intelligence, financial and administrative institutions as well as the people should cooperate with us, but they are not doing so and it hinders our bid to publicize assets declared by officials,” anti-corruption official, Ghulam Husain Fakhri, told TOLOnews.

Fakhri believes the lack of transparency with asset registration among high ranking officials and military generals at Afghanistan’s Ministry of Defense has given way to large-scale corruption within the security sector.

Since 2014 when Afghan President Ashraf Ghani came into office, he suspended six defense officials and placed them under investigation.

Corruption continues to be a widespread and growing problem in Afghanistan, a country that ranked 169 out of 176 in Transparency International’s 2016 Corruption Perceptions Index.