While Hungarian Prime Minister Viktor Orban has been criticising the EU and clashing with its values for years, companies owned by his family have been profiting from EU-financed projects, an investigation by OCCRP partner Direkt36 revealed. 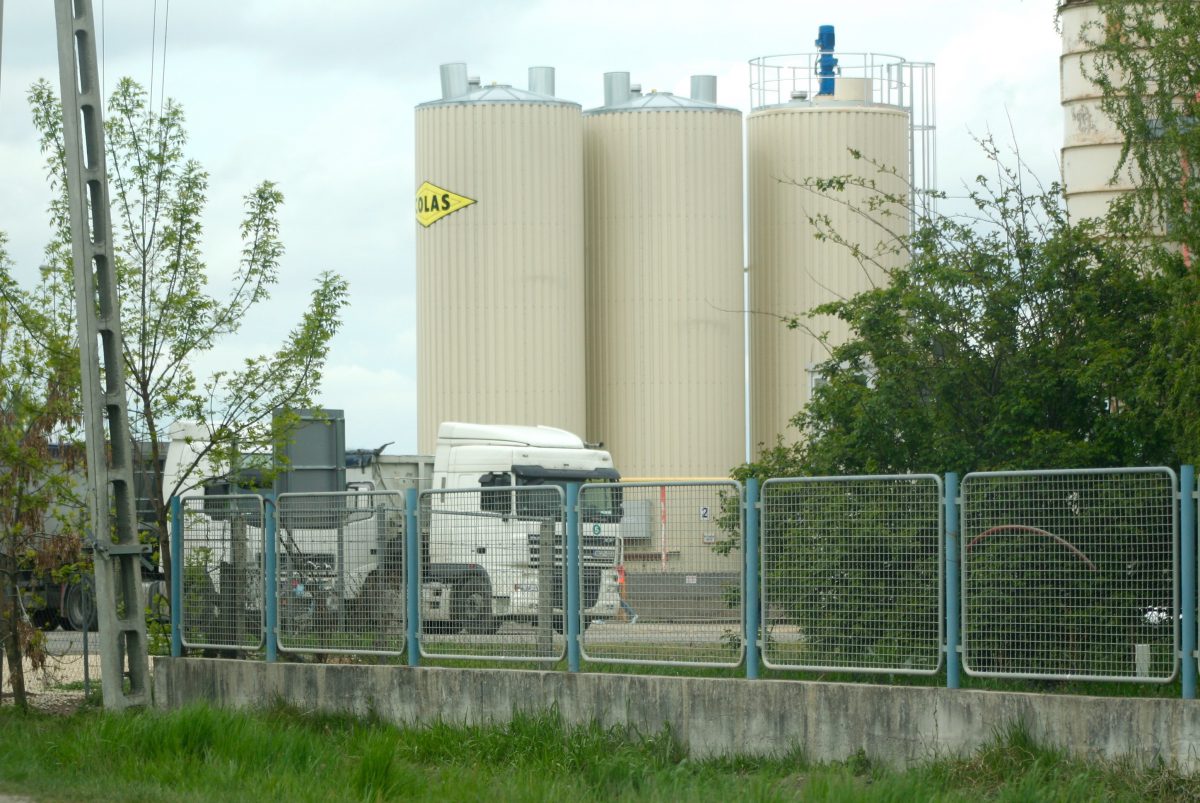 Asphalt mixing plant of Colas in Jászberény (Photo: András Pethő, Direkt36)The companies’ involvement remained hidden because they were hired by the winning bidders as subcontractors. In Hungary, public procurement databases contain information only about the projects’ main contractors.

Direkt36, however, managed to obtain delivery notes and other documents showing that in recent years Dolomit Ltd, a company owned by Orban's father, participated in at least two large-scale sewerage system projects in Budapest and in Erd, a town close to the Hungarian capital.

Other details also suggest that the Orban companies have had ties to state projects.

Reporters of Direkt36 followed trucks loaded at a mine owned by Orban's father and discovered that they delivered materials to the asphalt mixing plant of France-based Colas, one of the biggest players in Hungary’s state-funded constructions.

A freight company owned and managed by the PM’s younger brother also mostly lists public projects among its work references.

The documents obtained by Direkt36 do not contain information on how much the Orban companies have earned in these public projects. The firms did not respond to questions.

Meanwhile, the anti-liberal Hungarian Prime Minister introduced policies that systematically clash with the basic values of the Union.

According to Politico, there are 66 pending infringements against Hungary, several of which involve cases of alleged discrimination against non-Hungarians.

During a plenary debate in the European Parliament with Orban end of April, Belgium’s Guy Verhofstadt compared Orban with Stalin and accused him of being paranoid.

“You signed up to the values of the Union. You have violated every single one of them. And yet you want Hungary to remain member of the European Union. You want to keep the EU funds, but you don’t want our values,” the representative said.

In the 2014-2020 budgetary period, Hungary is to receive around €29,6 billion in EU funds to finance roads, railways, energy and other projects.

According to the findings of Direkt36, recent financial figures showed that the companies of Orban's family members have produced spectacular growth in recent years, partly due to participation in EU projects.

In 2013, the three companies owned by the father and by the two brothers - dealing with mining, manufacturing concrete products, and transportation - gained only 15% profit on their total revenue of 2.7 billion forints (US$ 9.47 million). Their profit increased to 30% of 5.2 billion forints (US$ 18.2 million) in revenue by 2015. The 2016 figures are not available yet.

From 2013 to 2015, PM Orban's father and two brothers received nearly two billion forints (US$ 7 million) in dividends, after they fully withdrew the profit gained during these three years.