Malaysian authorities seized US$ 2.12 million worth of scales from pangolins, the world’s most poached animal, in what officials called Monday the country’s largest ever haul. 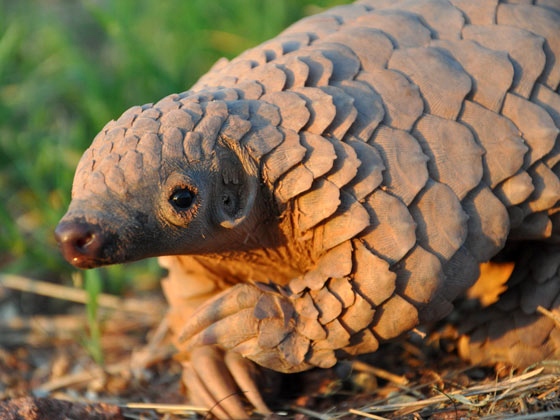 Ground pangolin (Photo: Maria Diekmann/Rare and Endangered Species Trust CC BY 2.0)Pangolins are scaly, nocturnal anteaters found across Asia and Africa. Although their brown scales are made of just keratin – the same substance as fingernails and rhino horns – they are highly sought after in Vietnam and China for use in traditional medicine, while their meat is considered a delicacy, according to Channel NewsAsia.

This makes them one of the most trafficked mammals in the world and all eight species of pangolin are listed as either vulnerable to extinction or as critically endangered.

After customs officials at the Kuala Lumpur airport received a tip-off, they last week discovered 712 kg of scales of the animal at the airport’s cargo warehouse, where they had been shipped in 18 sacks using false documents, Reuters reported.

The scales arrived from Africa in two separate shipments, one from Accra, Ghana and the other from Kinshasa, Congo via Nairobi.

Both shipments arrived in Kuala Lumpur on Emirates Airline flights via Dubai.

"We are still investigating whether the two shipments are linked," Customs Department assistant director-general Paddy Abdul Halim said in a press conference, according to Reuters.

Pangolin scale trade is banned under U.N. convention, but more than a million pangolins are estimated to have been smuggled over the past decade.

Their scales reportedly fetch up to 1,500 ringgit (US$ 436) per kg on the Malaysian black market.

No suspects were detained in last week’s seizure and no recipients could be traced.

An estimated 1,400 pangolins had been killed to produce the amount of scales seized, the Wildlife and National Parks Department’s Rozidan Md Yasin said, according to Reuters.

Wildlife conservationists have highlighted Malaysia as a transit point for illegal animal trafficking, with pangolin scales often being smuggled together with ivory, the South China Morning Post reported.