The Spanish High Court will question seven former HSBC executives suspected of money laundering and tax fraud in an investigation that was triggered by an ex-employee who leaked client data, Reuters reported Thursday. 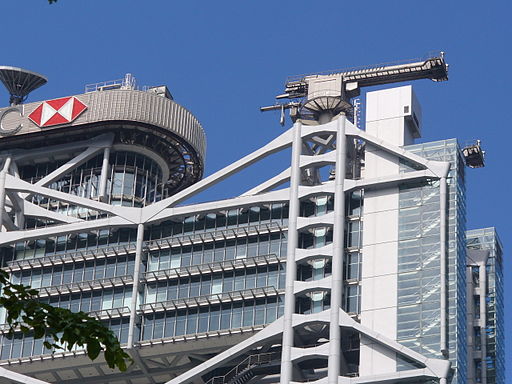 HSBC building (Photo: David Drascic, CC BY-SA 4.0)The court decided on Thursday to investigate the flow of funds from HSBC’s Swiss private bank to Banco Santander and France’s BNP Paribas on suspicion that "these entities have collaborated to repatriate funds...with the aim of concealing them from Spanish tax authorities."

HSBC's Swiss private bank channeled almost 74 million euros (US$81 million) through Spain’s Banco Santander between 2005 and 2008 to pay clients at other banks.

Among the seven suspects are former heads of HSBC private banking operation, Christopher Meares and Clive Bannister, and the former chairman of the board of HSBC’s private bank, Peter Widmer.

HSBC, which reported first-quarter results on Thursday, declined to comment.

A day earlier, the Spanish court also ruled that several current and former executives of Banco Santander and BNP Paribas would be questioned in the same case with hearings set for June.

Former IT employee of HSBC’s Swiss subsidiary, Herve Falciani leaked a cache of files in 2008 listing unreported accounts of the bank’s clients. This started many investigations by national tax authorities including the latest one by Spain.

In 2015, Falciani who is a French citizen, was sentenced to five years in prison by a Swiss court for industrial espionage.