A U.S. company contracted to secure an air base in Iraq not only ignored reports about the involvement of its staff in human trafficking and alcohol smuggling but fired those who uncovered the wrongdoing, according to an Associated Press investigation published Thursday. 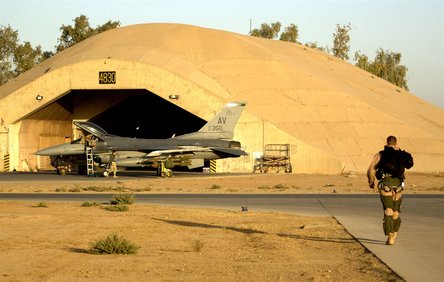 Balad Air Base, with an F-16 fighter (Photo: Staff Sgt. Timothy Lawn/US Air Force)Sallyport Global had been awarded US$ 686 million in contracts by the US government to secure Balad Air Base, home to a squadron of F-16 fighter jets used in the fight against Daesh.

As part of the federal contract requirements, internal investigators Robert Cole and Kristie King spent over a year looking into potential misconduct at the base.

According to AP, managers repeatedly shut down the investigations and failed to report their findings to the U.S. government, who was footing the bill.

Staff allegedly routinely flew in smuggled alcohol in such high volumes that a plane once seesawed on the runway under the weight.

When a flight logistics employee, who had been pressured to sign off on fake manifests, aired his safety concerns to management, they were ignored. While on medical leave later, he was told his position at the base had been filled.

Cole and King found the smuggling scheme was run from the al-Burhan Hotel, five minutes from Baghdad airport. There, they also uncovered a prostitution ring frequented by Sallyport employees.

Four Ethiopian women working as prostitutes, believed to have been trafficked, were later hired by Sallyport as housekeeping, and investigators say they found evidence of prostitution on the base.

Numerous security breaches were also found, including the theft of three enormous generators worth US$ 1 million from the base by militia. The thieves, who used flatbed trucks and a 60-foot crane in the three-hour operation, drove past company security guards unchallenged.

Most recently, King and Cole had opened an investigation into allegations of time-sheet fraud. However, in March this year they were summoned to an emergency meeting and found themselves surrounded by armed guards, forced to hand over their pistols, detained and then fired without explanation.

"We knew too much," King told AP. "They want to cover it up and move on because it’s a huge amount of money."