Wife of Football Hooligan Spy blames Mafia for his Suicide

An Italian hardcore football fanatic who allegedly jumped to his death last July may have been murdered for helping the secret services to investigate mafia infiltration into Juventus fandom, his ex-wife told La Repubblica Monday. 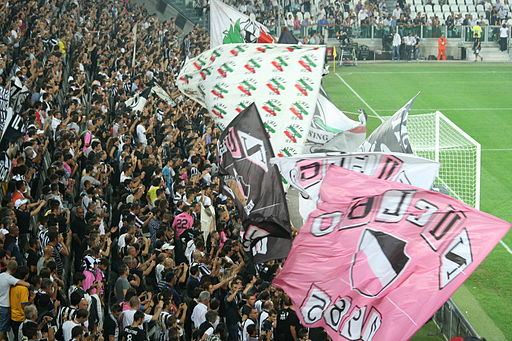 According to The Times, a secret service agent told Turin magistrates that he recruited Ciccio in 2010 to track right-wing extremists and members of Calabria’s ‘Ndrangheta crime families.

Ciccio gave evidence about these connections at a hearing last July, and allegedly left the hearing in a state of anxiety.

"I’m a dead man walking", he said, according to Corriere della Sera.

The next day, Ciccio threw himself off a viaduct in Fossano while en route to meet a police investigator in Turin.

His ex-wife, Gabriella Bernardis, called for the investigation to be reopened. His lawyer Paul Verra said he would file a request to do so Tuesday, La Repubblica reported.

"If Ciccio killed himself something enormous must have happened," Bernardis told the newspaper. "There are too many inconsistencies," she said, adding that his injuries suggested he was beaten before he committed suicide.

Bernardis claims Ciccio’s body showed jaw and eye fractures inconsistent with a fall, and that there was blood on his sunglasses, which he had left in his car.

Turin investigators had wiretapped his phone, but a mysterious technical failure led to a three-hour blackout on the day of his death, Corriere della Sera reported.

Prosecutors had been investigating the relationship between Juventus fans and organized crime.

Ciccio’s ultra group, named after the gang in the "A Clockwork Orange" movie, the Drughi, made money in the semi-legal market of ticket touting, according to the Guardian.

One of the investigation’s key targets was Rocco Dominello, the son of the head of Calabria’s ‘Ndrangheta family, who authorities believed was attempting to muscle in on the touting business, according to La Repubblica.

Ciccio had been beaten up once before in 2014, after which he fled to his home town for the rest of the football season. He allegedly lost eight kilograms and told his wife that people were trying to “take him out,” the Guardian reported.