Malta’s Prime Minister called a snap election on Monday after allegations by a journalist that his wife was involved with an offshore company that received payments from Azerbaijan’s first family. 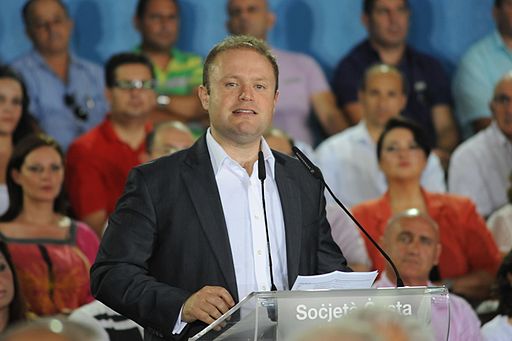 Joseph Muscat (Photo: Partit Laburista Malta CC BY-SA 3.0)Prime Minister Joseph Muscat called the vote for June 3 after local journalist Daphne Caruana-Galizia wrote on her personal website that his wife, Michelle Muscat, was behind an offshore company that had received well over US$ 1 million in payments from a Dubai company owned by Leila Aliyeva, a daughter of Azerbaijan President Ilham Aliyev.

Transcriptions of two declarations of trust, published on Caruana-Galizia’s website, purported to show that Michelle Muscat was a beneficial owner of a Malta-based company, Egrant Inc. Caruana-Galizia did not publish an original of the document.

Caruana-Galizia, citing a whistleblower in Malta’s Pilatus Bank, wrote that a Dubai company owned by Aliyeva transferred a $1.017 million loan repayment to Egrant in 2016, as well as several other transactions valued at about $100,000 each. She did not provide documents to back up her claim.

In calling the election, Prime Minister Muscat denied the allegations made in Caruana-Galizia’s report.

"Everybody knows about the attacks made in the past few days on me and my family. I have nothing to fear because truth is on my side and I am clean," he was quoted as saying by Reuters news agency.