Brazil Arrests 14 After "Robbery of the Century" in Paraguay

Brazilian police said Wednesday they have now arrested 14 people and seized over US$ 1.5 million in stolen cash after an Hollywood action movie-style heist in Paraguay that left four people dead, 13 cars ablaze and local schools closed. 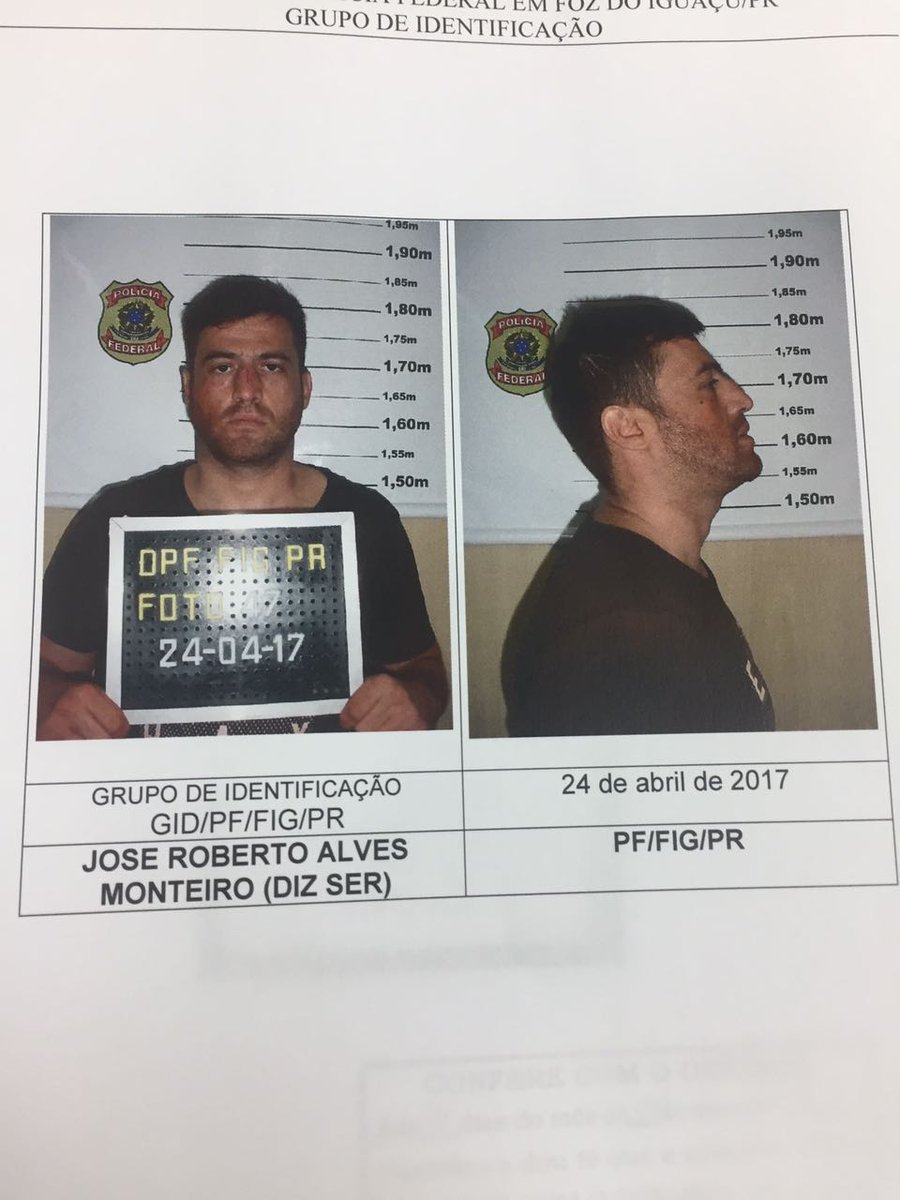 One of the 14 arrested in Brazil (Photo: Ministerio de Interior de Paraguay)Just after midnight on Monday, between 50 and 60 men armed with military-grade weapons arrived in the Paraguayan border city Ciudad del Este and blew up the front of a private security firm office to access its vaults, the BBC reported.

The explosion at the Prosegur security firm damaged a nearby house, forcing the elderly couple living there to hide under the bed, G1 Globo reported.

While conducting the heist, which authorities have called "the robbery of the century", the gang blocked highways and sealed of the perimeter with snipers, according to Insight Crime.

To mislead police, they set fire to 13 cars across the city and attacked both a local police station and a ministry building.

After a two-hour shootout with authorities that killed one police officer, the gang escaped with an estimated US$ 40 million in five of Prosegur’s armored trucks. They reportedly spread small pieces of iron behind them to pierce the tires of any pursuers.

Police say that the gang used different escape routes, but at least some of the loot was then transferred onto motorboats waiting at the Paraná River.

The boats then traveled 50km downstream to Foz do Iguaçu in Brazil, where local police intercepted the robbers and exchanged gunfire, killing three gang members and arresting four others.

"This is something war-torn countries endure," said Cornelio Melgarejo, the director of a shelter for street children adjacent to the plundered office, told the New York Times. "It’s not every day you hear the blast of explosives in a place where children are sleeping."

Gegê is considered the third highest in command of Primeiro Comando da Capital (PCC), Brazil’s largest criminal organization which is mostly orchestrated from prisons. Gegê is a convicted drug trafficker but has been on the run since the beginning of the year.

PCC member Luciano Castro de Oliveira - known as "Zequinha" - was among those arrested after crossing over from Paraguay to Brazil, Panam Post reported.

On Wednesday, Paraguay’s interior minister Lorenza Lezcano fired several police chiefs in Ciudad del Este for not dealing correctly with information relating to the PCC, according to the Telegraph.

This is not the first time the Prosegur office has been attacked. In 2015, authorities discovered a tunnel dug from a nearby house that reached under the building’s vault, according to El Pais.

Investigators say that have also linked earlier robberies of Prosegur offices in Brazil to the PCC.