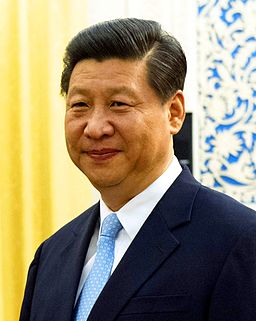 Chinese President Xi Jinping (Photo: Erin A. Kirk-Cuomo)Baoan, 52, is accused of abusing his posts as director of the National Bureau of Statistics and vice finance minister to benefit others, and "illegally accepting a huge amount of money and property," Xinhua, the state-controlled news agency said, referencing the Supreme People’s Procuratorate.

Baoan became the bureau’s chief in 2015, and was succeeded last year by Ning Jizhe when China’s anti-graft agency placed him under investigation for "serious violations of regulations."

Baoan, and Li Chengyun, former vice governor of southwest China's Sechuan Province, are the latest to be indicted on suspicion of accepting bribes, as part of President Xi Jinping’s anti-corruption initiative.

In 2015, Yao Gang, vice-chairman of the China Securities Regulatory Commission (CSRC) was investigated, while Zhang Yujun, an assistant chairman overseeing brokerages and fund houses at the CSRC, was probed a month earlier.

Xinhua said in a commentary published Monday that the government has "zero tolerance for any fabrication of economic data" as authentic figures are important for making correct decisions that benefit people.

President Xi Jinping’s strategy has also resulted in a dramatic decline of corrupt officials and business executives who have fled abroad with their assets according to the country’s watchdog.