The Lithuanian Parliament on Thursday introduced the Magnitsky Legislation which prevents persons involved in human rights abuses, money laundering and corruption from entering the country. 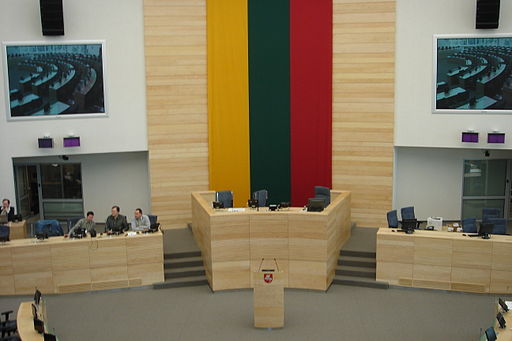 It seeks to amend Article 133 of the Lithuanian Law on the Legal Status of Aliens.

"The impunity of foreign persons who perpetrate gross human rights violations, participate in money laundering or corruption should not be tolerated just because the justice system and the rule of law is corrupted in an undemocratic country, as the Magnitsky case has shown," Mr. Landsbergis commented.

"It is important to let perpetrators know in advance that such crimes are not tolerated in Lithuania and that such people will not be allowed to enter our country. Our Magnitsky law is universal, just as human rights themselves," he said.

The bill is named after late Russian lawyer Sergei Magnitsky who uncovered in 2008 an alleged US$ 230 million tax theft committed by Russian state officials. He was imprisoned, tortured and died of negligence in 2009.

"I hope that more democratic countries in Europe will follow suit, and that finally we will have EU-level sanctions in this regard, just as the European Parliament has called for," Mr. Landsbergis said.