A former public servant was sentenced Thursday to eight years in prison for fraudulently awarding AUS $15.3 million (US$ 13.8 million) of government contracts to businesses he covertly operated, The Australian reported. 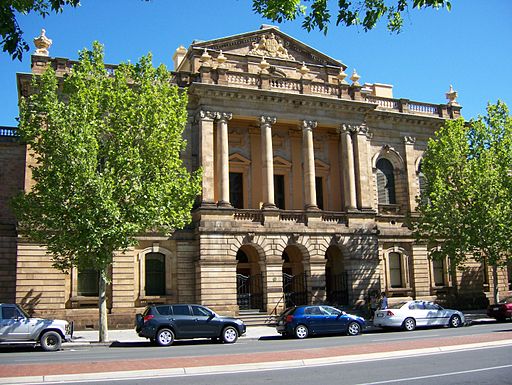 Supreme Court of South Australia (Photo: Scott W.)Albert Hoe Ooi operated the scheme between 2007 and 2014 while serving as project coordinator for Victoria Department of Infrastructure and the Department of Transport.

Ooi awarded over 100 lucrative contracts, such as the design and construction of bus shelters and car parks, to companies he secretly controlled but were registered in the name of compliant family members.

"I am satisfied the path of dishonesty you chose was motivated by personal greed," said Supreme Court judge Justice John Dixon, according to the Herald Sun.

"Your offending was well-orchestrated, devious and sustained," the judge added.

Ooi was also found guilty of accepting outdoor furniture worth AUS$ 6,700 (US$ 6,000) from a company in exchange for a contract.

His son Andrew and son-in-law, Michael de la Tore, were among the nine men charged with involvement in the scheme, alongside Ooi’s co-conspirator and former colleague, Barry Wells.

"Your crime involved corruption of the trust that citizens of this state place in public servants that taxpayer funds will be honestly expended and accounted for in the public interest," Justice John Dixon told him.

"Corruption of this kind strikes at the heart of our civilized democracy," he said.