Brazil’s top electoral court on Tuesday began a trial to determine whether President Michel Temer accepted illegal donations to finance his 2014 election campaign. The outcome could remove him from office. 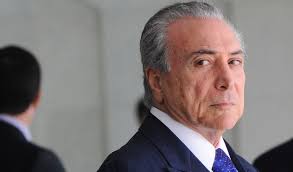 The court will hear new witnesses, which could delay any verdict in the trial until at least May.

Critics say the delay serves Temer’s strategy to drag the case out through 2018 which would allow him to complete the term of his predecessor Dilma Rousseff who was impeached last year.

"We can't turn this into an endless trial. We can't hear everybody. We can't hear Adam and Eve and the serpent," Supreme Electoral Tribunal judge, Herman Benjamin, told the court.

The indictment states that impeached president Dilma Rousseff and Michel Temer, who served as her vice president at the time, financed their election campaign with money from state-owned Petrobras violating spending limits and abusing their offices to get re-elected.

Since Temer’s appointment, Brazil’s currency and stock market were among the best performing in the world.

His successful record thus far, and the delay in court proceedings could work in his favor to serve out the rest of his term without impeachment.