Colombia Makes the Third Largest Cocaine Seizure in its History

Colombian police announced Monday that they seized more than six tons of cocaine worth US$ 213 million belonging to the country’s most powerful crime group, Los Urabeños. 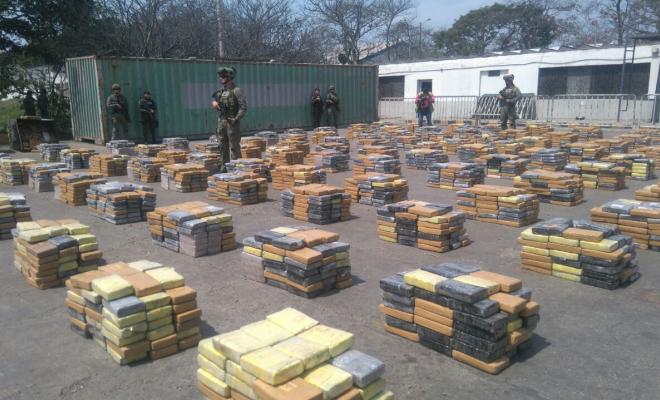 The Anti-Narcotics Police in Barranquilla discovered the 6,184 kg of cocaine in a shipping container headed for the port of Algeciras in Spain filled with scrap iron and pressed steel.

"With this new and important seizure, we’ve not only hit Urabeños’ finances, but furthered the collapse of this criminal organization," said Jorge Hernando Nieto Rojas, director general of the National Police.

Villegas said that the seizure was made possible thanks to the arrest of Federico "El Mocho" Úsuga in March. El Mocho’s uncle is the gang’s supreme leader, Dairo Antonio Úsuga, otherwise known as "Otoniel".

According to police, El Mocho began managing the gang’s drug routes after Otoniel accused his right hand man, Roberto "Gavilán" Vargas, of "appropriating routes and shipments of drugs for his personal benefit," the police report said.