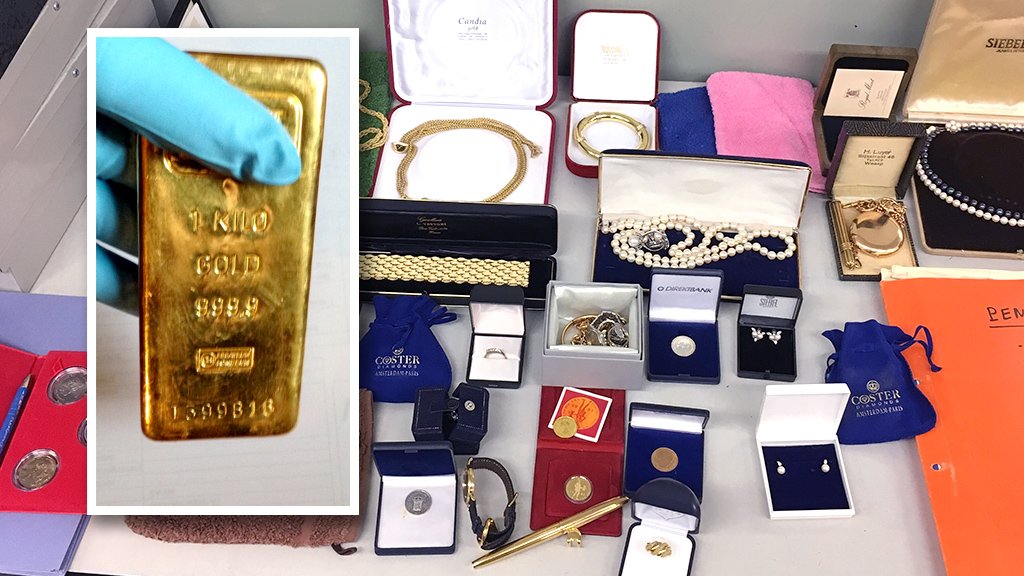 Luxury items confiscated in the raids (Photo: FIOD)Dutch prosecutors received a tip concerning 55,000 accounts in which suspects may have deposited money without disclosing it to authorities.

Coordinated raids conducted a day earlier in the Netherlands, Britain, Germany, France and Australia resulted in the arrest of two people.

Investigators in the Netherlands said they seized administrative records, real estate, jewelry, gold bars, and more luxury items from houses across the country.

In the UK, her Majesty's Revenue and Customs (HMRC), the British tax authority, announced that it had opened a criminal investigation into an unnamed "global financial institution."

The statement said with the help of its international partners, the financial authorities would focus on "senior employees" and an unspecified number of customers.

German prosecutors also said they were investigating clients of a bank in cooperation with the Dutch.

None of the authorities participating in the operation disclosed the name of the financial institution but Credit Suisse, Switzerland’s second largest bank, admitted that local authorities had visited its offices in Amsterdam, London and Paris "concerning client tax matters."

A spokesperson for the bank said that they were cooperating with authorities and that they had launched an internal probe into the matter.

Since 2011, Credit Suisse has had to pay more than 2 billion Swiss francs (US$ 2 billion) to the United States, Germany, and Italy to settle allegations it helped clients dodge taxes.

Eurojust, the European Union agency that handles cross-border investigations, said that the investigation began in 2016 and that prosecutors have uncovered a network of "undeclared assets hidden within offshore accounts and policies...(worth) millions of euros."