U.S. prosecutors on Tuesday charged a Turkish bank executive with laundering hundreds of millions of dollars through American banks on behalf of Iran’s government and other Iranian entities. 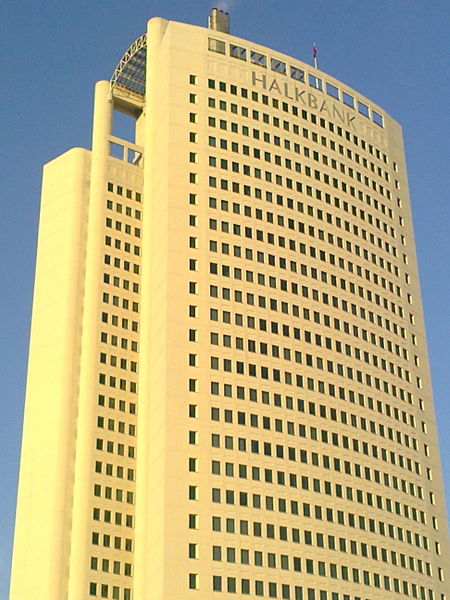 The Halkbank manager is accused of conspiring to commit bank fraud over five years by protecting and hiding Iranian-Turkish gold trader Reza Zarrab’s ability to supply currency and gold to Iran.

According to the criminal complaint, Atilla used fake companies and fabricated invoices to trick U.S. banks into processing the transactions as food, which falls within humanitarian exceptions to the sanction.

Following his arrest at JFK airport Monday, Halkbank’s shares plummeted Tuesday, while the Turkish lira weakened by 1.2% against the U.S. dollar, according to Bloomberg.

Zarrab was arrested in March 2016 in Miami en route to Disney World with his wife and daughter. President Tayyip Erdogan told Turkish TV that the U.S. has "ulterior motives" in prosecuting Zarrab, according to Reuters.

U.S. authorities, however, claim to have evidence that Zarrab paid millions of dollars in bribes to Turkish government officials and top Halkbank executives to help him process the payments.

They base their accusations on wiretapped conversations between Zarrab, Atilla and unnamed informants about allegedly fake food shipments.

"Do you know what’s stirring the pot?" Zarrab allegedly says. "The documents you turned in. They wrote Dubai as the origin of the wheat. The man says wheat doesn’t grow in Dubai."

In 2013, Turkish prosecutors accused Zarrab of bribing ministers in a separate US$ 12 billion gold-trading operation.

Police that year also arrested the former CEO of Halkbank, Suleyman Aslan, who was suspected of money laundering, bribery and gold smuggling.

During a raid of his home, officers found US$ 4.5 million stuffed into shoe boxes – money he claimed was intended for charitable donations.

Ergodan called the investigation against Aslan a coup attempt and all charges were eventually dropped. According to Bloomberg, the prosecutors were arrested, sacked or fled.