Transnational organized crime groups rake in up to US$ 2.2 trillion per year according to a new study released Monday by Global Financial Integrity (GFI), a Washington DC-based research and advisory group. 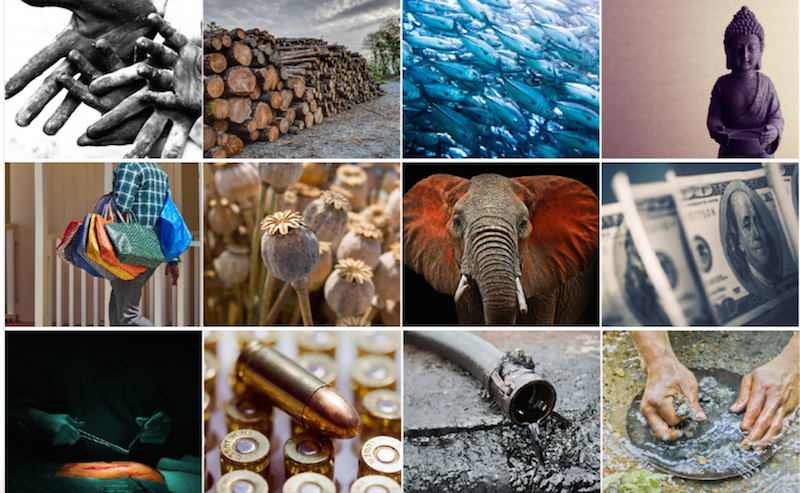 GFI's report covers all kinds of transnational organized crime from illegal wildlife trading to drug trafficking (Photo: Global Financial Integrity CC BY)"Transnational crime is a business, and business is very good," Channing May, the author of the report, said in a press release.

The study found that counterfeiting is the most profitable crime with an estimated value between US$ 923 billion and US$ 1.13 trillion. Between two-thirds and three-quarters of these counterfeited goods came from China.

Counterfeit products can pose a real health threat in the developing world. The report notes that up to 30% of the available pharmaceuticals in developing countries may be counterfeit, for example.

Profits from counterfeiting far outstripped the money generated by the second and third most valuable crimes: drug trafficking and human trafficking. These more traditional crimes were valued at $426 billion to $652 billion and US$ 150.2 billion respectively.

Often underreported environmental crimes like illegal mining and logging were also among the highest value crimes in the report.

The report emphasizes that the effect of transnational crime is most acutely felt in the developing world, where criminals are able to steal resources worth billions necessary for growing economies with little fear of punishment.

GFI President Raymond Baker says that the international community has failed to stop transnational crime because law enforcement does not focus enough on the financial aspect of these crimes.

"The fight against transnational crime needs to be redirected to combatting the money the crimes generate. This means shutting down the global shadow financial system that facilitates the moving and secreting of illicitly generated funds," Baker said.

While this may seem like a huge undertaking given the amount of money these crimes generate, Baker says that "none of this is technically difficult. It is a matter of political will."