The Spanish Civil Guard said Tuesday it dismantled a criminal organization dedicated to human and drug trafficking and freed two women — one of them 14-years-old — that were forced into prostitution by the gang. 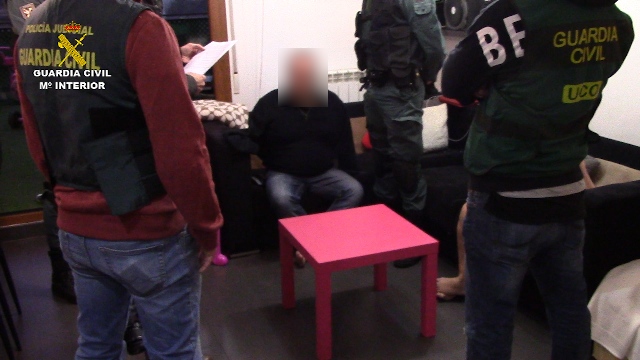 Authorities launched an investigation into the trafficking organization after finding a 14-year-old girl working as a prostitute in an alternative club in the town of Navalcarnero, some 35 km from central Madrid. She was carrying fake documentation claiming she was 21-years-old.

Investigators found that the minor had been in a "situation of helplessness" at a childcare center in Castilla y Leon when a young Romanian national promised that she could make a lot of money if she escaped to work for him.

After escaping the youth center with false documentation, the minor was transferred to the town of Soria where a criminal organization forced her into prostitution and used her as a bargaining chip for drug trafficking, the statement said.

Police found that the traffickers used the child to guarantee drug payment, and sexually exploited her any time they were unable to pay for their drugs.

In the first leg of the operation, police searched the home in Soria and released another womаn who was working as a prostitute there. They arrested two Moldovan nationals and found evidence linking the detainees to human trafficking, document counterfeiting and drug trafficking.

In the next leg of the operation, police found and arrested the Romanian national, who was working as a gym monitor in Soria to "capture" future victims, the statement said.

Police investigated the administrator and head of the alternative club in Navalcarnero for crimes of child corruption and human trafficking.